Spirit Cashing in at Sha Tin

Champion jockey Zac Purton consolidated his lead on the Hong Kong premiership when Chung Wah Spirit filled out the last leg of a winning treble at Sha Tin on Sunday.

The improving son of Scenic Lodge sire Dash For Cash was completing a running double of his own in the Cox’s Hcp (1650m) having won the Yan Oi Tong Cup over the same track and trip a month ago.  It increased his off-shore bank balance to the equivalent of AUD 665,000.

Chung Wah Spirit had won his first two starts at Doomben and Sunshine Coast when registered as Cash Dash.  His owners Ross Donovan and Peter Malpass then accepted an offer from Pinhook Bloodstock’s Dave Mee who was acting on behalf of trainer Dennis Yip.

Mee has been in tremendous form in Hong Kong with a double-figure win tally since the start of this season.  “It’s very satisfying getting runs on the board up there.  Obviously, it’s a different environment and selecting horses with the right temperament is very important.  But you never know for sure whether they will acclimatise.

“We’ve had a mixture of seasoned campaigners and up-and-coming horses this season.  Chung Wah Spirit always had the talent but took a while to develop and get going up there.”

Purton always felt he was going to mature into a good horse.  “I knew he had an engine but he was timid in his races.  Even in the mornings at trackwork it was obvious he wasn’t the finished article.  He just needed time to mature.”

Dash For Cash has built a remarkable record at stud with 387 winners at a 65% strike-rate.

The 20 year-old grey marvel has been represented by 595 individual starters and the 596th will be Cee Ash on debut at Bunbury this Thursday.  A $25,000 buy for Capel owner-trainer Graeme Evans at the 2017 Perth Magic Millions, he was runner-up in a Bunbury trial on March 15.

Cee Ash is the latest foal of Oh So Regal (Scenic) and her most recent cover was to Geisel Park’s grey stallion Vert De Grece (Ire).  Her family goes back to those grey flyers from the 1980s – Jungle Dawn and Jungle Mist. 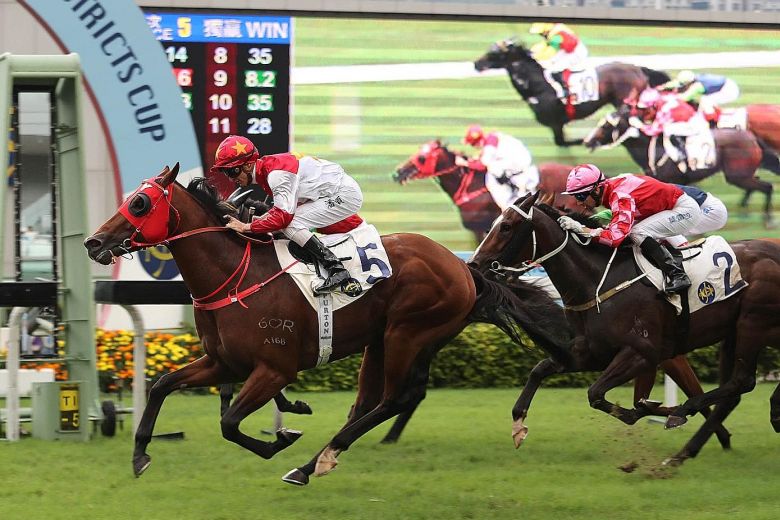