The changing of the guard at Alwyn Park was evident when Jedaffair (Trade Fair) and Cup Night (Maschino) saluted at Ascot on Saturday.

The Serpentine stud lost Trade Fair (Ire) in March 2018 but Maschino is marching on as one of the most promising stallions in WA.

Trade Fair has sired the winners of 21 races since the New Year and he capped that run with Jedaffair’s Listed victory in the Natasha Stakes (2200m) on Saturday.  She cut the breeze outside the leader Osipova before pinching a break at the top of the straight.

Trainer Adam Durrant misjudged the 3yo filly early on when she was running in sprints.  “We were completely off the mark where she needed to be,” he admitted.  “She was working well but not performing.  We were at a loss so rolled the dice and stepped her up in distance.”

Jedaffair replied with wins at Pinjarra (1406m) and Bunbury (1675m) before completing a hat-trick over 2200m.  “She’s a real nice type and has a staying pedigree on the dam’s side,” Durrant continued.  “We only started screwing her down three or four weeks ago and she’s still building fitness-wise.”

Maschino is also on a roll with Cup Night.  He was given the run of the race in the Seppelt Wines Hcp (1200m) and coasted to the line under Patrick Carbery to score by a length.

The talented 3yo gelding earned minor black-type when placed in last year’s LR Perth Stakes and he will be set for the LR Raconteur Stakes (1500m) and Ngawyni Trophy (1600m) in April.

Cup Night is raced by Carbery’s wife Jessica and the rest of his family in partnership with trainer Bernie Miller and his wife Karen.  “We regard them as family and vice-versa so this means a lot,” Carbery said after the first-up win.  “He’s been a special horse from the time he was foaled.  I’ve stuck with him when I could have ridden better-credentialled horses.

“He was in the right spot today and probably hit the front too early.  He does tend to wait for them so I kept him honest in the straight.”

Cup Night was foaled the night Prince Of Penzance won the 2015 Melbourne Cup.  His dam Walk In Beauty (Barely A Moment) was prepared by Miller and was retired immediately after winning two in a row at Bunbury in February 2013.

Maschino (Encosta De Lago) only covered a handful of mares early in his stud career and, apart from Cup Night, has sired city winners like Fabergino, Snowchino, Fa’lion Maschine, Scooter’s Machine and Cockney Crew who just missed black-type when fourth in the LR Roberts Quality on Saturday.

Alwyn Park has welcomed 126 mares in the last two years and there’s sure to be more bookings in store for studmaster John Andrew this year. 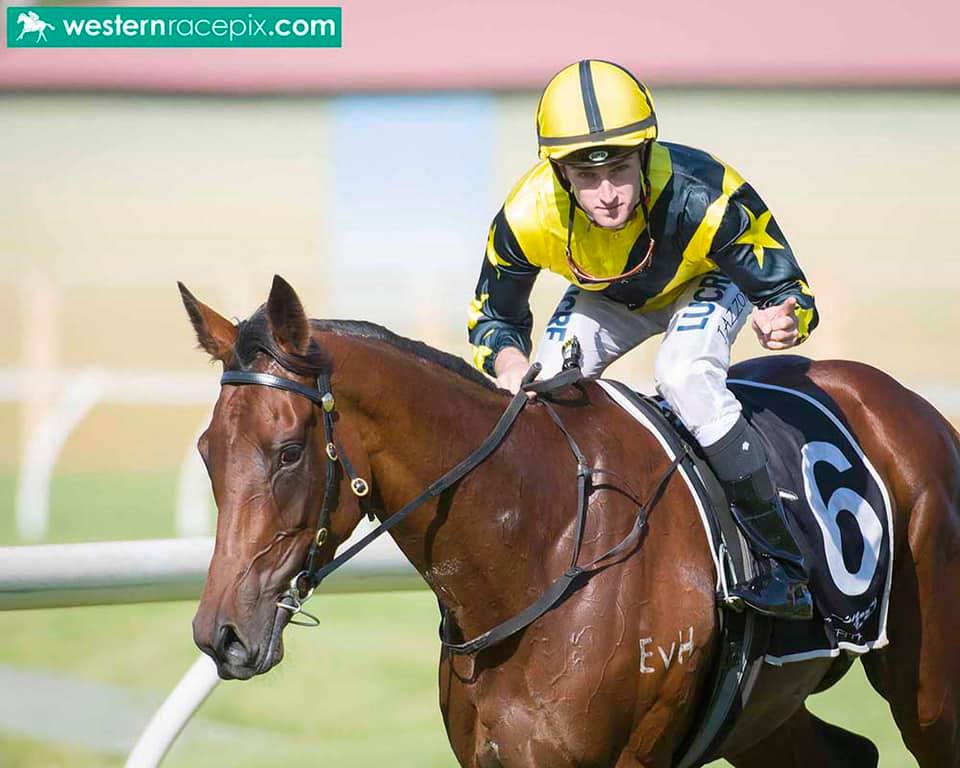