Ascot winners Bella’s Idol and Rockon Tommy banked a combined $82,600 for Yarradale Stud sire Vital Equine (Ire) on Saturday but that will look like small change if his son Material Man wins the $5 million All Star Mile at Flemington.

The winner’s share of this Saturday’s All Star Mile is $2.25 million!

Justin Warwick prepares Material Man for Mike & Jill MacDermott and they bred him by using Vital Equine over their Canterbury winner Del Lirio (Hussonet). He won the G2 Perth Cup (2400m) last year and was placed in the G1 Railway Stakes (1600m) and G1 Kingston Town Classic (1800m) during his latest summer campaign before travelling to Melbourne.

He was no more than two lengths away in the G1 Orr Stakes and G1 Futurity Stakes at Caulfield last month but disappointed in the G2 Blamey Stakes at Flemington on March 2.

Warwick discovered the reason for that last-start failure when Material Man had to be treated for dehydration. “I knew something wasn’t right during the race. He obviously didn’t appreciate the heat that day,” Warwick said. “He’s only ever put in two bad performances in his career and both have been on extremely hot days.”

Meanwhile, jockey Mitch Pateman reckons Bella’s Idol has a future as a stayer after he cruised home in the Amelia Park Beef Hcp at Ascot. The Brett Pope-trained gelding was racing over 1800m for the first time and responded to a change of tactics for a front-running, five-length victory.

“He’s a different horse rolling along in the lead,” Pateman declared. “He’s recovered from some hoof issues and I can’t wait to see him at 2000m plus. He’s a horse going places.”

Bella’s Idol (5g Vital Equine – Bella Contessa by Bel Esprit) was on a quick turnaround after winning over a mile last Saturday week. “There didn’t look to be much pace in the race so we decided to give them something to chase,” Pope explained. “He only went to the track once this week and I struggled to hold him!”

Rockon Tommy also led from barrier-to-box in the Cambridge Insurance Hcp (1600m). It was his 7th win and the first for Alan Mathews following the death of his previous trainer Bill Doughty.

“All credit to Bill,” Mathews said. “He was a great horseman and no way am I going to try and emulate what he did. Apparently, the horse used to be a handful but he’s beginning to relax and is in a happy place.”

Vital Equine (Danetime) is owned by Yarradale Stud and stands with Wayne & Tracy Rodwell at Rosalee Park. The Serpentine couple followed up Saturday’s double with a LR Bunbury Cup victory courtesy of Burger Time on Sunday.

The Rodwells bred Burger Time by using former Taunton Vale sire Numerous Times (Can) over their mare Albani (Torrential). She has a yearling filly by Vital Equine and was bred back to him on an early September cover last year. 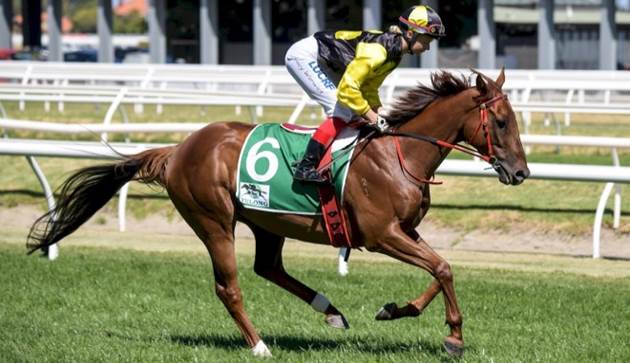