Home Black-type with a Grey Shadow

Black-type with a Grey Shadow

Dash For Cash flyer Grey Shadow is on a black-type mission after notching her first win for Caulfield trainers Ciaron Maher and David Eustace.

Previously with Darren Weir, the speedy grey mare had too much firepower as a $3.40 favourite in the Noel Rundle Hcp (1100m) on Saturday.  “We’re still getting to know her a bit,” Eustace said.  “There’s a lovely program for mares in Adelaide and she definitely appreciates cut in the ground so Queensland is a possibility.”

Grey Shadow helped her sire Dash For Cash fill out an Easter treble for Scenic Lodge.

Her stablemate Bam’s On Fire started the long weekend with a runaway victory at Benalla on Thursday.  She’s by Universal Ruler and received a tick of approval from Eustace and jockey Harry Coffey following her first-up win for the yard.

Snippetson was also on target for Scenic Lodge when Tinsnip won G3 WA Sires’ Produce Stakes (1400m) at Ascot on Good Friday.  He is currently second on the WA 2YO table with his first-crop in the west.

Dash For Cash is still very much a part of the action at Muchea.  His latest crop of foals arrived from a book of 26 mares and he stopped them at a 100% fertility rate!

Grey Shadow is from Masai Miss (Choisir) who was a front-running winner for Greg Eurell at Pakenham before retiring to stud.  She is related to LR Belmont Guineas winner Siranto (Laranto).

“She got to the front quite easily and Johnny (Allen) was able to control the race and put them away,” Eustace said.  “She had been trialling very well and her work had been very sharp.  It will be all about getting her some black type now.” 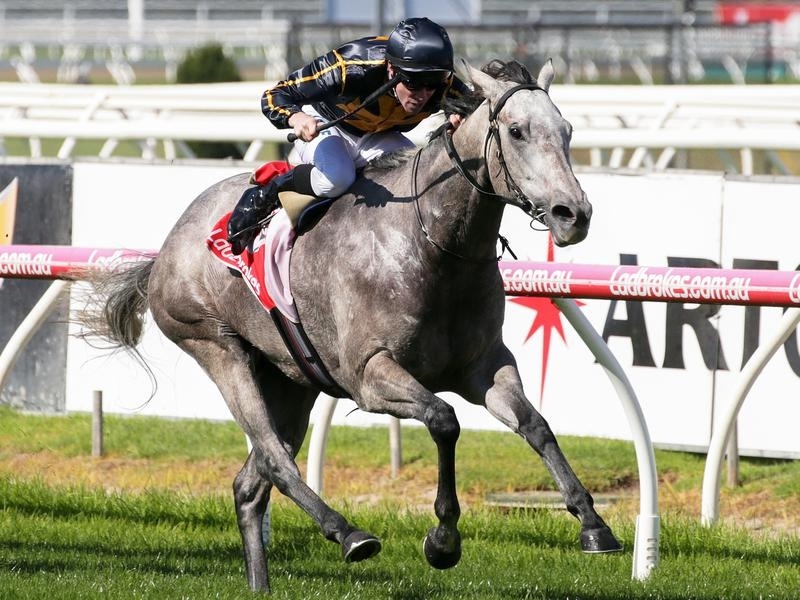