Vernon Brockman has a WA Derby pedigree going back to 1970 and he opened this year’s classic card with smart 2yo High Range.

The Galah first-starter looks bound for better things following a front-running victory in the Cool Ridge Plate (1000m) at Ascot on Saturday.  He was tackled by unbeaten filly Pretty Style but had plenty to offer in the closing stages.

High Range is trained and part-owned by Brockman in partnership with several stable clients and Rangeview Stud owners Robbie & Jody Gray who kept a share after selling him for $40,000 at the 2018 Perth Magic Millions.

The Grays bred him by using their stallion Galah over Secret Diva (So Secret), an Ascot winner for Chris Stelmach.  She is a half-sister to Flemington stakes winner Poor Judge and foaled another Galah colt last year.

High Range had pressured the clock during a Lark Hill trial earlier this month and was kept safe at $5 on debut.  “He’s very smart and I thought he could near win today,” Brockman admitted.  “He’s still immature and is going to be a good horse at three.

Brockman reminded racegoers it has been 49 years since he won the WA Derby with Chez Felix.  He raced the 1970 classic winner with Bill Slater and the colt was trained by Vernon’s father, Julius.

Galah is locked in a tight fight with Playing God for this season’s WA second-season title.  He has sired more individual winners (13-11) but the Mungrup Stud sire holds a $50,000 lead on the prizemoney ladder.

A Group 2 winning sprinter for Snowden Racing before retiring to WA in 2014, Galah is by champion sire of sires Redoute’s Choice from G1 Australasian Oaks winner Rinky Dink (Distorted Humor).

Hoofnote:  Flaming Galah became the Rangeview Stud sire’s 14th winner this season at the Geraldton Cup meeting on Sunday.  The 3yo filly is trained locally by Tony Scally and she won the Country Labor Maiden (1200m) for owner-breeder Bridie O’Bree. 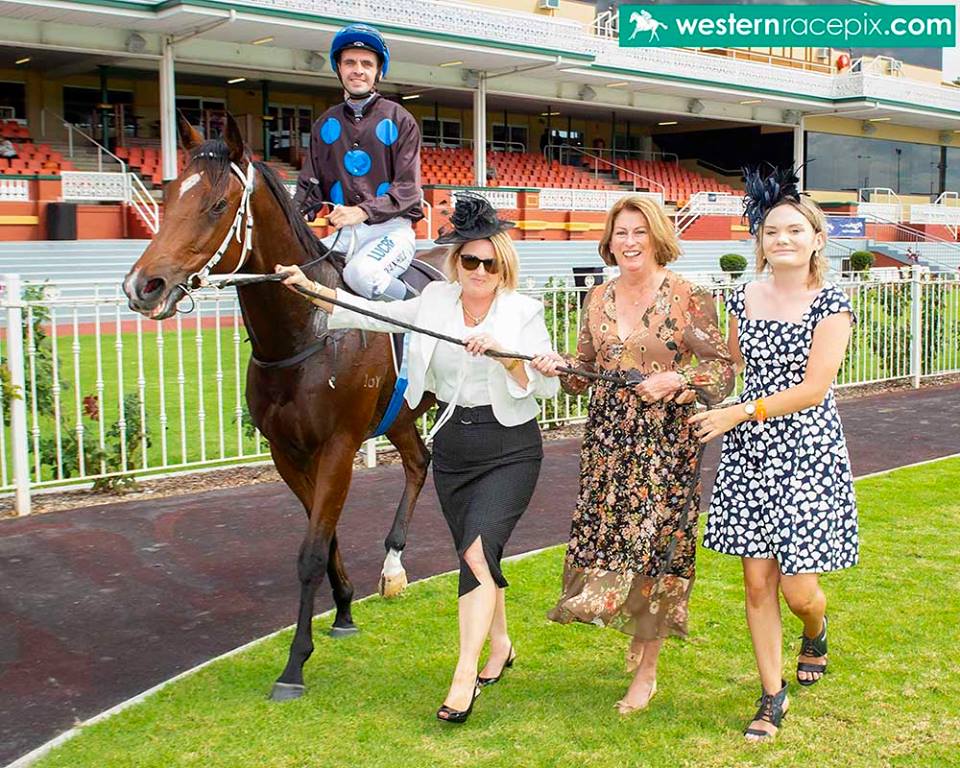