The Scenic Lodge champion sits between Lonhro and Redoute’s Choice on the Australian wins premiership and he can keep the momentum going at the WATC Derby meeting this Saturday.

Blackfriars plays a lone-hand against short-priced favourite Arctic Stream in the Pepsi Max Hcp (1800m) with Friaresque, Beg To Differ, Kensington Abbey & Like A Butterfly while his filly Mackenzie Brooke takes on the boys in the G2 WATC Derby (2400m).

Mackenzie Brooke won a Bunbury maiden over 1600m before breaking through in town over 2200m at Ascot last month.  “She relaxed and dropped the bit with the addition of blinkers,” jockey Chris Parnham said.  “She came back underneath me and gave a good kick in the straight.”

Parnham preferred to ride Dark Choice (Redoute’s Choice) in the G3 WA Oaks (2400m) a fortnight ago and the Peters Investments filly got the verdict in a narrow decision over Ping Me Another and Mackenzie Brooke.

Mackenzie Brooke is trained by Adam Durrant for owner-breeder David Elsegood and is from his five-time stakes winner Mabel Grace (Kendel Star).  Elsegood also races the mare’s talented 2yo Tinsnip and deserves a change of luck after the Snippetson youngster ran a close second in the G2 Karrakatta Plate last Saturday.

So does Durrant following the tragic death of his Blackfriars filly Assetro in the WA Oaks.

Blackfriars has one WATC Derby winner to his credit – Rohan in 2012 – and Mackenzie Brooke has opened on the fourth line of classic markets at $12.

Adelaide-based mare Light The Waves has been a windfall for Blackfriars and McEvoy-Mitchell Racing this season.  She has won three of her last four starts and last Saturday’s victory over 2250m at Morphettville was especially pleasing as she had to weave her way through the field with a powerful finish.

“We knew she would get back but Barend (Vorster) just found the runs and she really attacked the line,” assistant trainer Calvin McEvoy said.  “Her owner Michael Birchall was here today we’ve got him to thank for being so patient.  She’s enjoying her work and telling us to give her more and more.  It will be exciting to see how far she’s goes.”

Blackfriars (Danehill) leads the WA tables in all categories this season with 72 winners of 104 races and $3.32 million prizemoney.  Scenic Lodge sire Snippetson (Snippets) is next best with 55 winners of 82 races for prizemoney of $2.28 million. 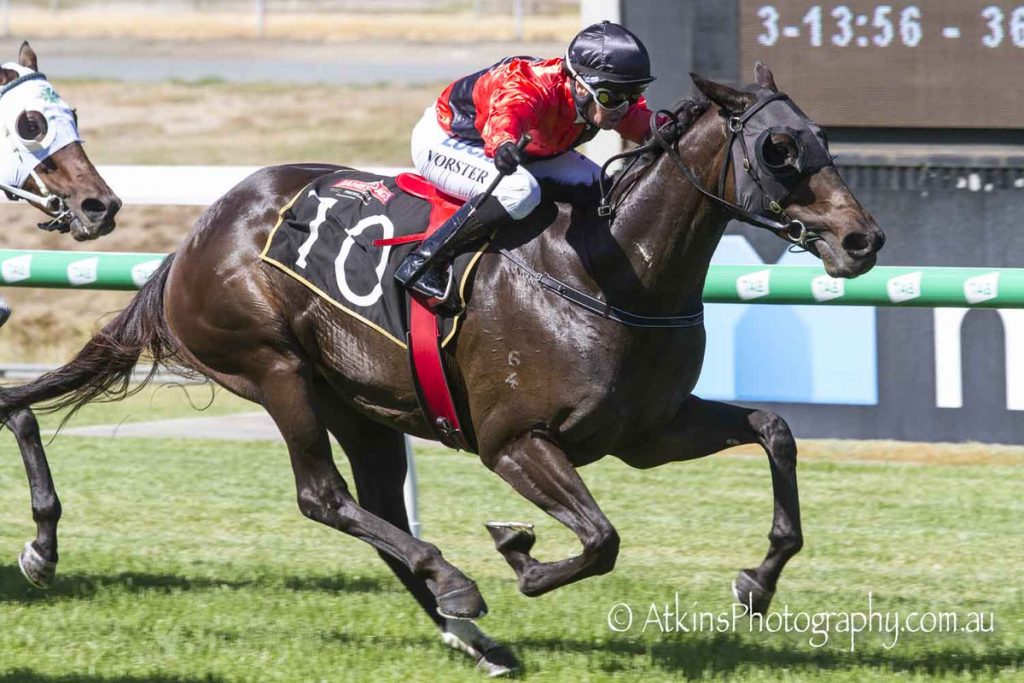