Settlers Creek completed a winning treble for Yarradale Stud on Easter Saturday when he returned to form in the Seacorp Hcp (1400m) at Ascot.

A 7yo son of former Yarradale sire Discorsi (Galileo), he had not won since December 2017 but wily trainer Colin Webster was confident he could end a run of a dozen outs. He prepares and part-owns the veteran sprinter with Yarradale Stud’s Ron Sayers, Paz Princi & Anthony Torre.

“Everyone has forgotten just how good this horse is,” Webster said after admitting he took some of the $26 on offer. “It was a massive drop in class and the early pace was in our favour. He’s an iron horse and the 3kg claim also helped.”

It was also the third-leg of a memorable treble for apprentice Chloe Azzopardi following earlier wins on the Simon Miller-trained stablemates Dance Music (War Chant) and Valour Road (Frost Giant).

Dance Music improved her record to 5 wins in 6 starts with a first-up victory in the Chandler Macleod Hcp (1100m). She was last seen winning the LR Placid Ark Stakes and will stay in Perth instead of travelling to Adelaide with Valour Road.

Miller will race her sparingly this prep with a view to a spring carnival campaign in Melbourne.

Valour Road punched his ticket to Adelaide after overcoming a tardy start as the even-money favourite in the Vale Barry Curtis Hcp (1000m). “I was really happy with the win and he came out of it well,” Miller said. “We’re looking at the (G2) Euclase Stakes a fortnight before the (G1) Goodwood.”

Saturday’s victory was his first since the G2 Karrakatta Plate twelve months ago. Former Yarradale shuttler Frost Giant (USA) got him from Melba Avenue (Street Sense) in the second of two southern books at Gidgegannup. 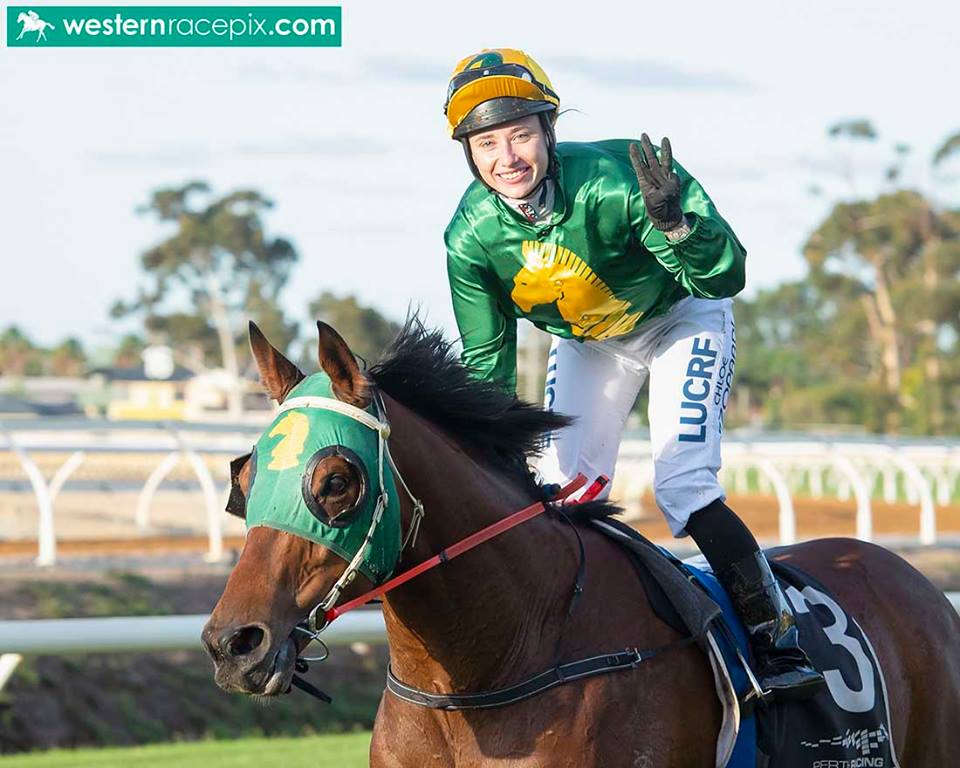