Geisel Park graduates Skinnen Tins and Classic Pro have augmented another successful week for the stud’s resident sire All American.

Dark Dream put his G1 Hong Kong Derby (2000m) fourth behind him with a smart score in the Class 1 Harlech Hcp (2000m).  Six of the Derby defeated lined up and it was the 2018 G1 Queensland Derby winner who did best on the quick back-up.

He stopped the clock at 1.59.66s which broke a class-record set 19 years ago.  It was also the third-fastest time ever recorded over the 2000m trip at Sha Tin.

Winning jockey Zac Purton feels that there’s better to come from Dark Dream.  “He’s just not the finished product yet,” the champion hoop said after another four-timer at Sha Tin.  “His behaviour was much better behind the gate and he put himself in the right spot.

“The race was run to suit but he had to make a long run and then wandered about in the straight until I gave him a couple of cracks.  We haven’t seen his best yet.”

All American (Red Ransom) has sired 44 winners of 62 races in Australia this season for earnings of $1.71 million. 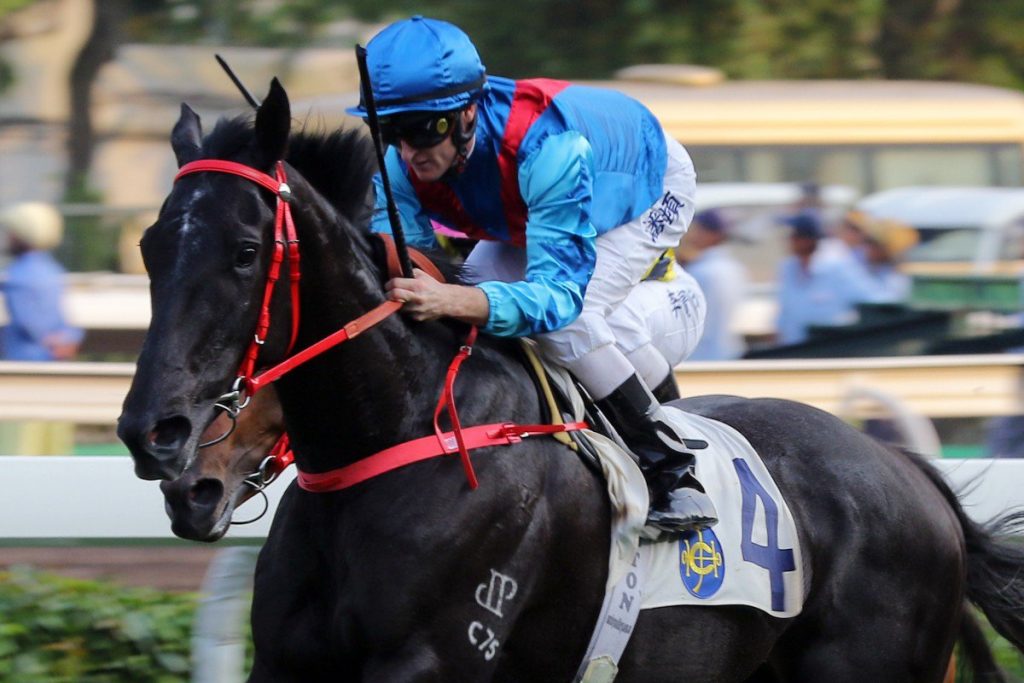 DARK DREAM: All American 4yo creates a new class-record at Sha Tin