Dig Deep will back up for another crack at black-type later this month after a resounding victory the G2 Karrakatta Plate (1200m).

The Gold Front Thoroughbreds graduate has pulled up perfectly following Perth’s $500,000 grand-final on Saturday and will return to Ascot for the G3 WA Sires’ Produce Stakes (1400m) on Good Friday, April 19.

The Sires’ is worth less than half the Karrakatta but co-trainers Dan and Ben Pearce always thought Dig Deep (Deep Field) would be better over an extra furlong.  That assessment seemed spot-on after he swamped Miss West Coast (Safeguard) close to home and then held off a late challenge from Tinsnip (Snippetson).

“This is what dreams are made of,” Dan Pearce said pointing to a large syndicate celebrating the big win.  “You go to the sales, buy a yearling and get a group of people to buy 5% and 10% shares.  If anyone wondered about getting involved – look at these owners – this is what it’s all about.”

Pearce Racing paid $100,000 for Dig Deep when he was presented by Gold Front Thoroughbreds at the 2018 Perth Magic Millions.  He won on debut at Bunbury and then powered home into fourth after blowing the start in the LR Perth Stakes.

“He did a few wrong last time so we put a bit of work into rectifying those mistakes,” Pearce added on Sunday.  “He’s still furnishing and improving.”

The Karrakatta continued the winning run being enjoyed by Gold Front.  Homebred filly Amarillo Rose (Slater) opening their 2yo account earlier this season at Belmont and their recent 3yo city winners include Ribbon Of Gold (More Than Ready), Lady Sass (Unencumbered) and Deacalda (Sizzling)

Ribbon Of Gold and Lady Sass race in Gold Front’s black and gold silks while Deacalda was a $105,000 buy for Ray Meadowcroft at the 2017 Perth Magic Millions. 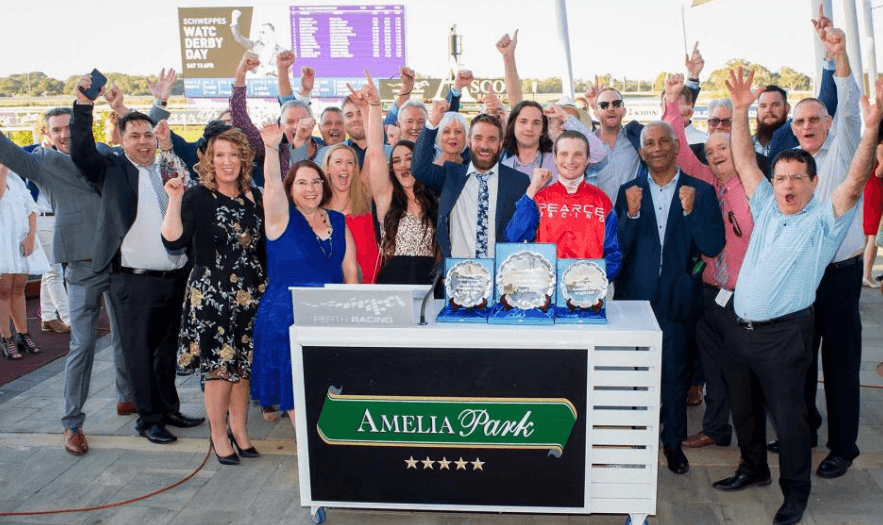