Rivercrest Park studmaster Steve Hoare was busy buying mares at the Magic Millions Autumn Sale last Sunday and he welcomed a regally-bred import to the south-west property on Wednesday.

They will be covered by new sire Ducimus this year.

Hoare purchased four mares for a total of $107,000 in the Swan Valley on behalf of Orbis Bloodstock who sent Snitzel stakes winner Ducimus across to WA to stand at Rivercrest Park.

Her sire Intello (Ger) is by Galileo and he was unbeaten at two before training on to win the G1 French Derby in 2013. Standing at Cheveley Park Stud, Intello was the leading UK-based second-season sire in 2018.

The bottom-half of the pedigree features a successful family nurtured by leading French breeders Alain and Gerard Wertheimer. Her dam Zigarra (Halling) has also foaled Battalion (Authorized) to stakes wins up to 2000m at Goodwood and Lingfield. She has a 2yo colt by War Command and a yearling filly by Acclamation.

And the Ducimus – Zigello match will give the resultant foal four crosses of Danehill.

Zigello, who didn’t face the starter, is a very nice type according to Hoare. “With fillies and mares of her quality, Ducimus is going to get every chance at stud. And a job well done by Ramsay’s Transport for getting her from Sydney to Rivercrest Park in great order.”

Topping Orbis Bloodstock’s Swan Valley buys was Macchiato (O’Reilly) at $51,000. She is a half-sister to Group 3 winner Grand Nirvana and was sold in foal to Dream Ahead.

Champagne Amore (Xaar) has also transferred to Rivercrest Park with a Sessions colt at foot and in foal to Demerit after being knocked down for $32,000. She is a half-sister to Scenic stakes winners Marasco and Siesta Bay.

Rounding out the quartet were maiden mare Inimitable (Lonhro) and Pin Snip (Pins) who was sold with a Demerit colt at foot. 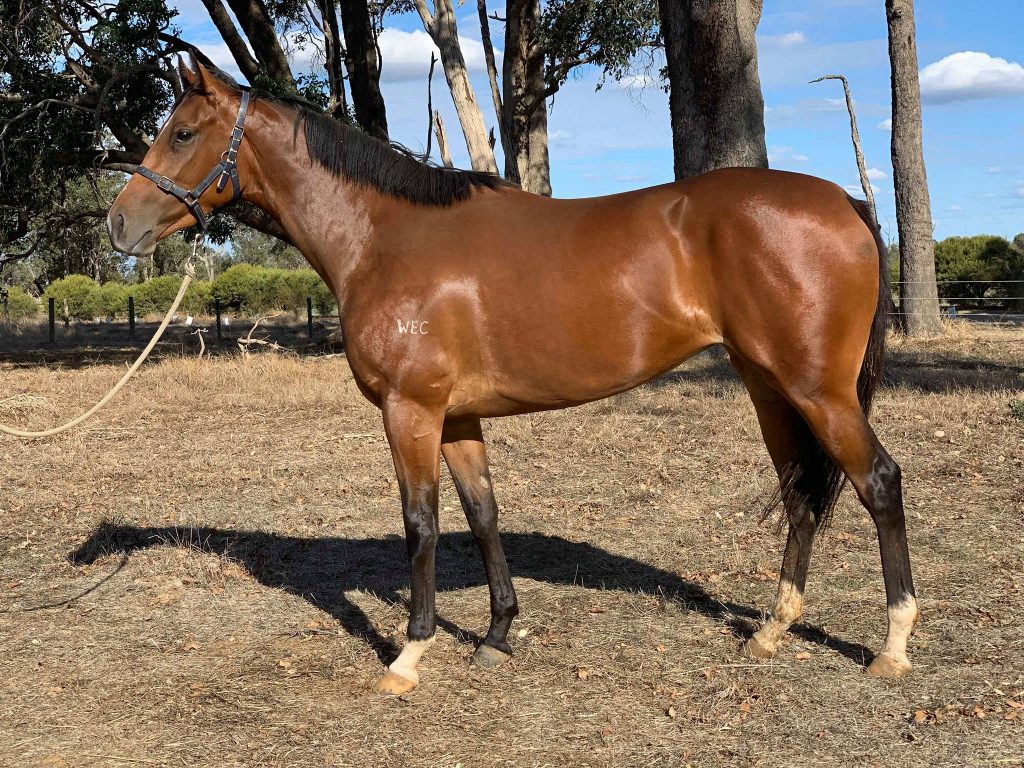