Dave Powrie didn’t need to be asked twice when Oakland Park owner Neville Duncan gave him the opportunity to stand Rogano at stud.

Rogano is a Redoute’s Choice brother to Not A Single Doubt and has sired 26 individual winners in his first three crops at a 60% strike-rate.  “I’ve been handling the stallions at Oakland Park for the last four seasons and he’s some horse,” Powrie said.  “When Neville decided to make some major changes to the roster this year, I was in the right place at the right time and secured him outright.”

Powrie has teamed up with Tracey Bannister to stand Rogano at Boallia Agistment Farm in Vasse.  It’s only a couple of kms from where the 12 year-old stallion was stopping mares at an 84% fertility rate for Duncan.  His fee has been set at $4,400 (inc gst). 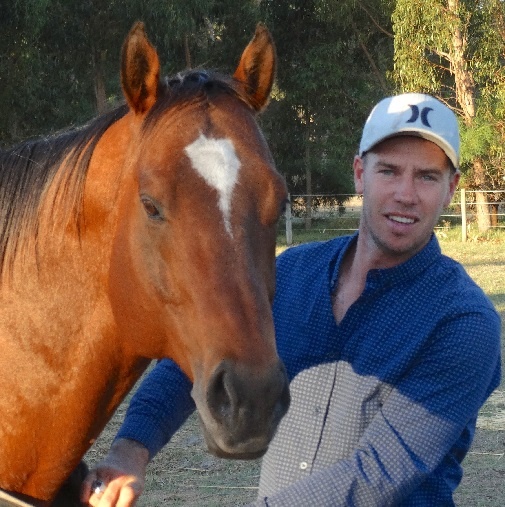 Powrie has an eminent reference list for a racing career going back to his early days in the Swan Valley before moving to Dubai in 2001 with his parents Fin and Gwenda and younger brother James.

“Dad had been chief steward in Perth for many years before taking up an appointment with the Emirates Racing Association,” Dave recalled.  “James and I were horse-mad and it was full-on with show-jumping, playing polo and even riding trackwork for Godolphin in Dubai and England!

“We also spent time in New Zealand and India with Dad’s work as a steward and he’s been a great help along the way – James also works as a farrier for several leading racing stables.”

When he returned home to Western Australia, Powrie began building contacts with several of our leading stables including Pearce Racing.  He educated their G2 Karrakatta Plate winner Dig Deep and was also aboard Rogano’s promising filly Catherine Wheel when she was learning the ropes at Oakland Park.

Catherine Wheel won her two starts at Pinjarra and Ascot for trainers Fred and Karen Kersley.  “She felt good when I broke her in,” Powrie recalled.  “And I knew straight away she had serious speed.

“She could be the one that proves Rogano can sire a really good horse.”

Catherine Wheel ran a slick sectional first-up in a Pinjarra 3yo maiden clocking 33.35s for the final 600m.  The four-length win was even more remarkable considering she jumped from the dreaded inside barrier down the straight course.

Bred to be quick, the Rogano filly is a full-sister to In Love With Paris who completed a hat-trick at Ascot this time last year.  She also earned black-type when placed in the LR Carbine Club Stakes in November.

“I will be applying for my own trainers’ license in the not too distant future,” Powrie said.  “And I’m sure there will be a few by Rogano that can give the stable a good start.”