Tinsnip overcame another wide run and Soft 5 surface at Ascot to reel in grey filly Specialism (Safeguard) right on the line.   Kelvin (Heritage) filled the minors a further length away.

A homebred for David Elsegood, he wasn’t to be denied a second time after an unlucky second in the G2 Karrakatta Plate (1200m) a fortnight ago.  “He was stiff in the Karrakatta and could have been stiff again today,” relieved trainer Adam Durrant said.  “All credit to the horse.  He just kept coming.”

Snippetson has now sired 13 individual stakes winners and the latest has earned $241,800 for owner-breeder David Elsegood who booked star mare Mabel Grace to Snippetson in his first year at Scenic Lodge.

Durrant will spell Tinsnip ahead of a classic campaign next season.  “We were only 50-50 to run him in the Karrakatta – we always thought 1400m would be right up his alley and he proved that today.  He will come back for the (G2) WA Guineas.”

Winning jockey Peter Knuckey is keen to stay aboard Tinsnip.  “He pulled a bit in the early stages but handled the conditions better then the others.  “He’s fit and there was plenty in the tank on the corner.  He gave everything when I asked and was very strong on the line.

“Pedigree-wise, he will get over ground.  His older half-sister (Mackenzie Brooke) ran third in the WA Oaks last month.  I won a lot of races on their dam Mabel Grace.  She was a good mare and was still winning as a five year-old.”

She resides permanently at Scenic Lodge and Tinsnip was raised at the Muchea nursery until he went to the breakers.  The mare has a yearling filly by Snippetson, a filly being weaned by Rogano and she was covered by Universal Ruler last November.

Snippetson is Western Australia leading active stallion this season and his overall record stands at 424 individual winners of 1276 races for earnings over $32 million. 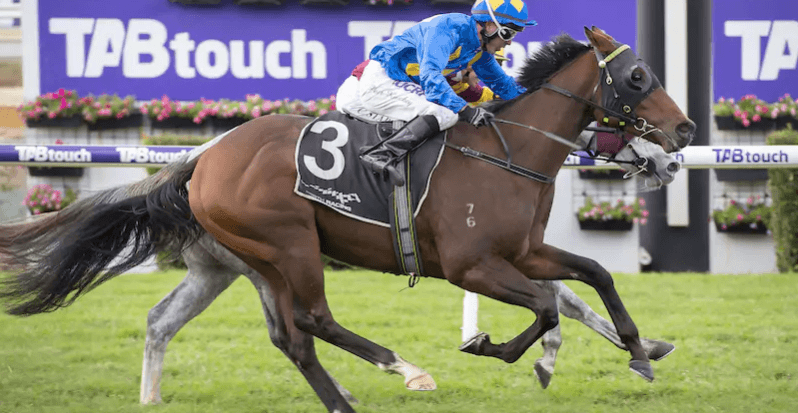