Peters Investments has every reason to be confident of a profitable return on its Vancouver venture.  After winning the G1 Golden Slipper, the Medaglia D’Oro colt was sold for a reported $40 million to a partnership that included Coolmore Stud, Peters Investments, China Horse Club and Ramsey Pastoral.

Holbrook Thoroughbreds has a long-term relationship with Peters Investments accommodating around 30 of its best Hunter Valley broodmares.  “We bred those good fillies Arcadia Queen (Pierro) and Delicacy (Al Maher) here,” Holbrook’s Julie Harris said.  “Bob rang up one day many years ago and asked if we had room to take a few of his mares.  You couldn’t wish for a better client.”

Three of the four yearlings entered for the Easter Sale are from the extremely successful Antique (Metal Storm) family, which has produced an incredible nine stakes-winners in two generations including G1 Kingston Town Stakes filly Arcadia Queen.

Among Holbrook’s trio is a Vancouver colt (Lot 388) out of the stakes-winner Broadway Belle (Redoute’s Choice) who has already produced G2 WA Derby winner Action (Pierro).

Harris rates him the standout of the quartet while the filly out of WA Derby winner Arcadia Dream (Domesday), catalogued as Lot 361, should be very popular as well.  “For a first foal, she’s a lovely filly to do anything with.  Both her and the Broadway Belle colt are relaxed and have taken the prep in their stride.”

The Vancouver colt catalogued as Lot 360 is out of Redoute’s Choice stakes-winner Antique Belle.  Her first foal Fruition (Sebring) was sold for $80,000 at last year’s Magic Millions and is with Neville Parnham.

The other Vancouver filly (Lot 22) is the first foal from G3 Northerly Stakes winner Fuchsia Bandana (Trade Fair).  The two-day Inglis Easter Sale commences at 11am next Tuesday, April 9. 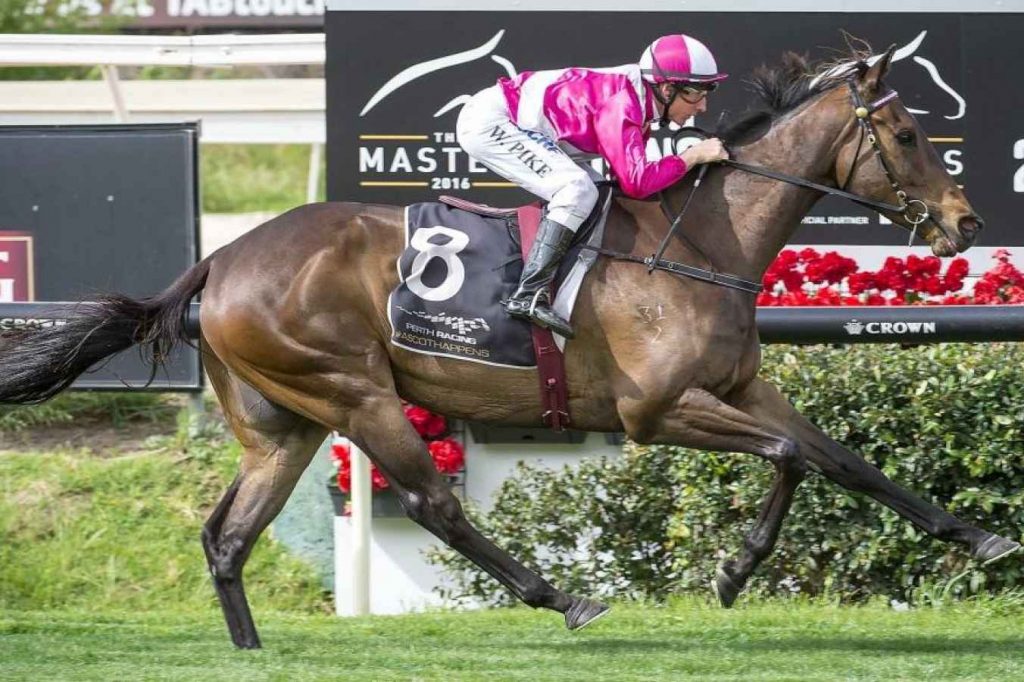