Veteran trainer Colin Webster reckons he’s got the key to the Playing Gods and it worked with Divine Quest at Ascot on Saturday.

Divine Quest (Playing God) was last of a dozen well into the straight before jockey Jordan Turner let her loose with a shake of the reins and a couple of clips with the stick.  She won racing away by a couple of lengths from Magic Empire (Proart) and Kendel’s Mee Dad (Kendel Star).

“The further back they’re ridden, the better they go,” Webster replied when queried about the best way to handle Playing God’s progeny.  “This filly was ridden too close last start but it wasn’t anyone’s fault – they just went too slow in the lead.”

Liberty Magic ensured a quick tempo in the Amelia Park Lodge Maiden (1400m) and that suited Divine Quest who was turning out for the third time this prep.  “She’s had a few mishaps along the way and it hasn’t always been smooth sailing,” Webster revealed.  We were going to spell her after today but we might have to have a rethink after that win.”

Playing God (Blackfriars) has sired 12 individual first-crop winners from his base at Mungrup Stud.  He heads the WA second-season table with earnings of $509,000 and will go well clear if Platoon wins the $400,000 WATC Derby at Ascot next Saturday.

“She’s got ability and I was confident going on her work this week,” Turner said while returning to scale.  “I rode conservatively and saved her for one last run because she’s got such a good kick.”

Divine Quest races in the same interests as her older half-brother Properantes who won has won 9 races up to Group 3 level in the R J Peters Stakes.  A 7yo gelding by Danehill Express, he’s still in harness and was runner-up in the LR Old Comrade Stakes at Ascot last Saturday for Webster and part-owners Pete Dinnison, Paz Princi & Anthony Torre.

Their dam Scala’s Quest (Marooned) is a remarkable producer.  She has only missed foaling once in the last 12 years – her latest are a yearling colt by Vert De Grece and a weanling filly by I’m All The Talk. 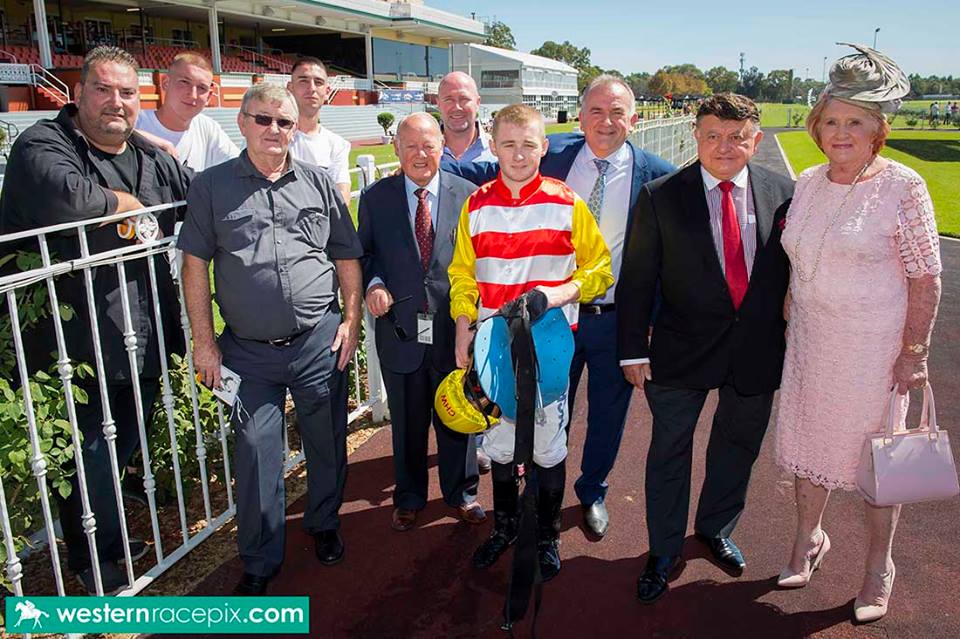