Home Bam’s On Fire warms up for winter carnival

Bam’s On Fire warms up for winter carnival

Universal Ruler 3yo Bam’s On Fire is marking time in Melbourne for a trip to the winter carnival in Queensland.

The former Perth filly scored by five lengths first-up at Benalla in April prior to winning again at Caulfield last Saturday.  Trainers Ciaran Maher and David Eustace will make a decision on a black-type campaign up north after giving her one more outing at home.

“We thought about sending her to Scone but decided to wait and let her gain a little bit more experience,” Eustace said.  “She’s still a bit raw although we’ve always known she can gallop.”

The are several options in Queensland next month with the LR Gai Waterhouse Classic (1350m) a leading option on June 15.

Bam’s On Fire was trained by Mark Forder to finish fourth in last year’s G2 Karrakatta Plate before transferring east earlier this season.  She was sourced by agent Mark Pilkington on behalf of Seymour Bloodstock’s Darren Thomas.

WA breeder Ken Nightingale had purchased her dam Im Your Fire (Holy Roman Emperor) for $5,500 at a NZB Karaka Foal Sale in May 2010.  She didn’t race but there’s no shortage of speed in the pedigree with close relations like stakes winning stallions Shovhog and Shovoff.

Universal Ruler leads this season’s WA 3YO sires’ premiership with prizemoney of $1.71 million and he will go further ahead if Lady Cosmology overcomes a wide draw in the G3 Proud Miss Stakes (1200m) at Morphettville this Saturday.

The Scenic Lodge sire has several winning chances at Ascot starting with 2yo filly We’ve Got Dreams in Race 1.  She is being kept safe $5 in pre-post markets after trainer Michael Lane engaged Willie Pike. 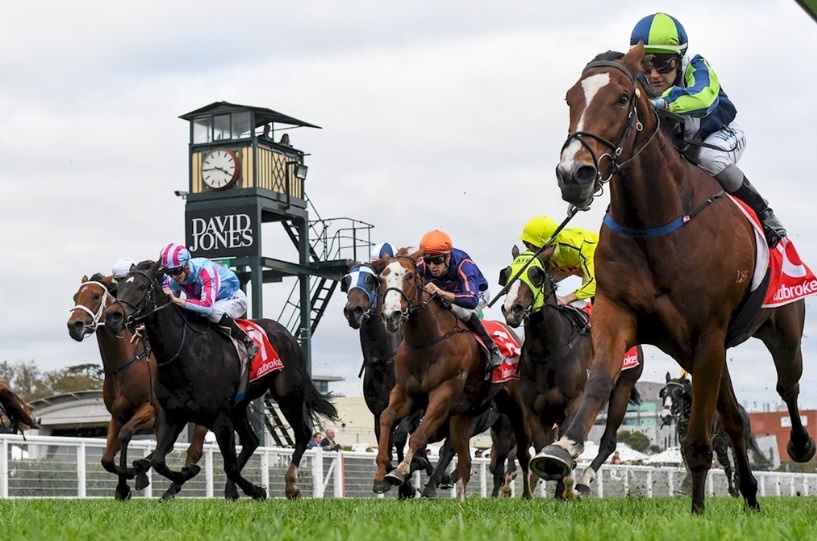