All American filly Despacito has surprised trainer Tony McEvoy with her first-up victory at Sandown Hillside.

Despacito was easy to back at $26 before coming with a last-to-first rush in the Big Screen Company Hcp (1300m) on Wednesday. Stable apprentice Chelsea Macfarlane cut the corner and reeled in the leaders to score by a length from Tatiara (Snitzel) and Classic Choice (I Am Invincible).

“She’s been going well at home but it was hot race on paper today and I thought 1300 metres may have been a bit short,” McEvoy admitted. “Chelsea rode a patient race and her 3kg claim was a real advantage.

“She’s come back better than ever and there’s another nice race for her over 1400m at Flemington in a fortnight.”

Despacito (3f All American – Balsamico by Redoute’s Choice) was a $67,500 buy for Edinburgh Park owner Ian Smith at the 2016 Magic Millions National Foal Sale and had opened her account at Kyneton during a second prep in December.

Smith is best known as the breeder of Hong Kong Horse of the Year Silent Witness and he’s already counting the residual value of his latest winner who is a half-sister to Masthead (Inglis 2YO Premier) and the dam of Written Dash (G3 Typhoon Tracy Stakes).

All American stands at Geisel Park Stud and has sired 49 winners in Australia this season for prizemoney of $1.92 million. That would place him fourth on this season’s WA sires’ table but he’s not eligible for the premiership until his locally-conceived gallopers debut in 2019-20. 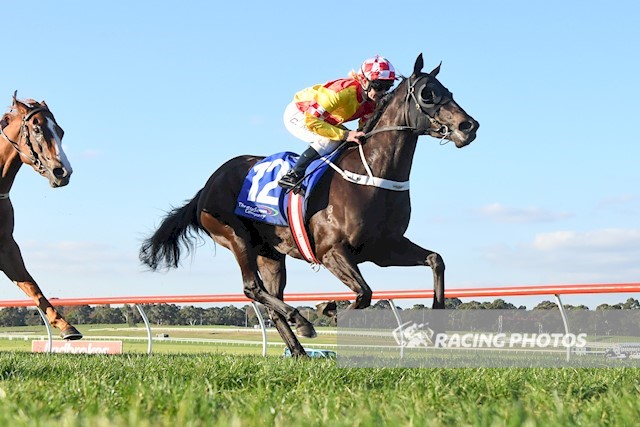