Saturday’s victory was a special result for the Kersleys besides scooping $79,800 in prizemoney and Westspeed bonuses. Kelvin is by Yarradale Stud sire Heritage who is a half-brother to the Kersley-trained all-time great Northerly.

“I do like this little bloke and it’s especially pleasing to have that link with Northerly,” Kersley said. “He’s got a future over a mile next season and will probably have one more run before going out for a spell.”

Kelvin (2g Heritage – Sheer Royalty by Viscount) was given the run of the race by apprentice Jade McNaught before sprinting clear for a comfortable win over Rocky Path (Therock) and Red Can Man (Gingerbread Man).

He had earned minor black-type when placed behind Tinsnip and Specialism in the G3 WA Sires’ Produce Stakes in April and benefited from a soft hit-out at Lark Hill last week. “Fred had him nice and fit first-up,” McNaught said. “And he really impressed me winning that trial on Monday.”

Kelvin is also related to Northerly on the bottom-half of his pedigree. His third-dam Cannon Song (Rory’s Jester) won stakes races at Flemington and Sandown and she is a half-sister to the dam Northerly.

Yarradale Stud owner Ron Sayers was part of the syndicate that raced Northerly and he stands Heritage for a $4,400 service fee.  The son of Danehill champion Flying Spur has sired 31 individual winners of 102 races and is based at the Gidgegannup farm alongside War Chant ($11,000), Bradbury’s Luck ($4,400) and Gingerbread Man ($4,400). All fees (inc GST). 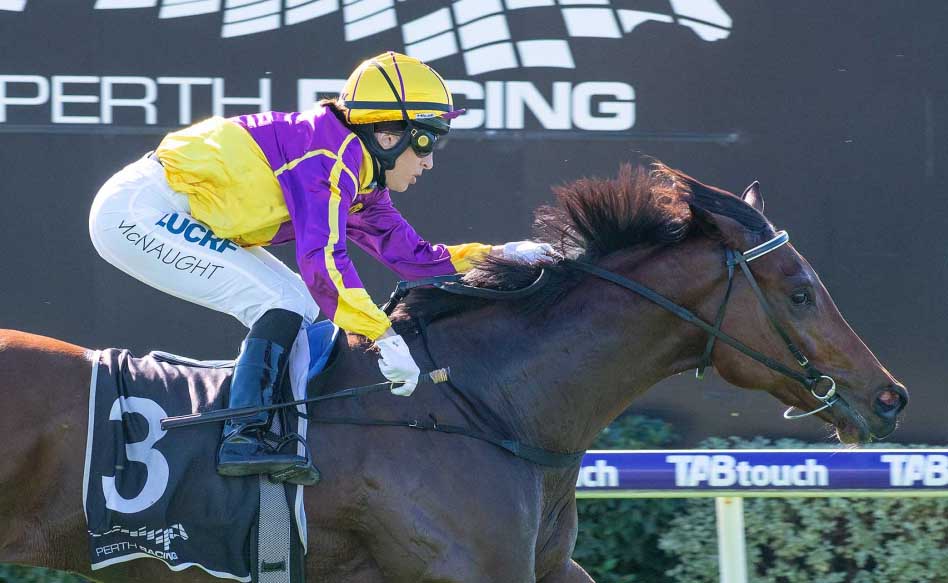