Champion sire Oratorio posted a career milestone of 250 individual winners in April and his improving sprinter Finally French has gone right on with the job this month.

Finally French had won second-up at Northam on May 5 prior to an impressive victory at Ascot on Saturday. Settled one-out, one-back in a bunched field by Troy Turner, he ranged up to the leaders in the straight to score by a length from Soy Tan Rapido (Patronize).

“He was still immature last year but is coming good now,” Turner said after the Amelia Park Hcp (1000m). “I knew we had them done when we peeled off Chloe (Azzopardi) and he was strong through the line.”

The Pipers and Harveys are also counting down to the return of their Oratorio flyer Misty Metal. She won the LR Summer Scorcher & LR Miss Andretti Stakes in January and will start first-up in the LR Beaufine Stakes at Belmont on June 8.

Finally French will be hunting for a hat-trick at Belmont next month and Todd Harvey is happy he’s finally shed the bridesmaid tag. “It was a confidence-booster under a big weight at Northam and it was an excellent win today. He put together six seconds in a row last year so hopefully he can win six in a row this prep.”

Oratorio stands for an $11,000 service fee (inc GST) at Mungrup Stud. His 250th individual winner arrived when Indomitable Speed broke through at Perak on April 20. The Mungrup Stud-bred 3yo is raced by Four Wishes Stable and is the final foal of This Is Right (Right Wing). 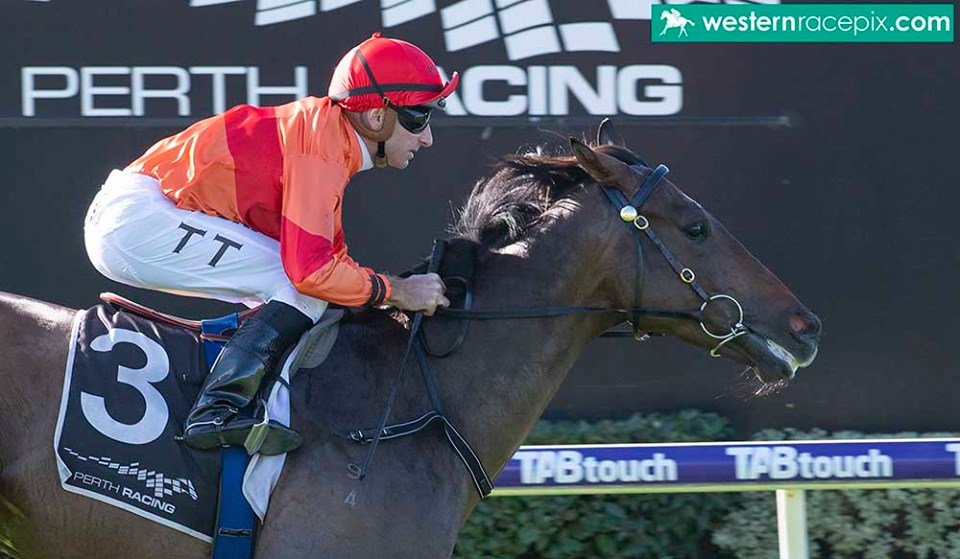