Universal Ruler filly Lady Cosmology appreciated the drop back from Group 1 company to capture her third back-type victory at Morphettville on Saturday.

The Perth visitor drew the outside barrier in the G3 Proud Miss Stakes (1200m) but jockey Luke Currie took luck out of the equation by crossing a capacity field to sit outside the leader Golden Lustre.  She took control in the straight to run out a convincing winner from Miss Vixen (Foxwedge) and Lady Of Crebilly (Choisir).

Lady Cosmology is by Scenic Lodge sire Universal Ruler and had won the LR Supremacy Stakes and LR Burgess Queen Stakes at Ascot last year.  She finished fifth in the G1 Robert Sangster Stakes on May 4 and Currie said she had improved off that first-up outing in Adelaide.

“She’s a very good filly and we didn’t have to go too hard in front.  She gave me a good kick off the corner and was strong through the line.”

Trainer Simon Miller was confident after she galloped with stablemate Valour Road during the week.  “Their work was really good.  They weren’t out there to break the clock but because they’re both high-class horses they did break the clock.   They did it easily and recovered really well.

“I think she’s better at 1400 metres so using her up early wasn’t going to be an issue today.  She’s a brute and just loves high speed.”

Her dam Out Spoken Lady (Galileo) is now owned by Gold Front Thoroughbreds and they sold her half-brother by Blackfriars to Pearce Racing for $100,000 at this year’s Perth Magic Millions.  She also has a colt on the ground by Gold Front’s Group 1 winning sire Awesome Rock.

Universal Ruler (Scenic) is home and hosed for this season’s WA 3YO sires’ premiership with prizemoney of $1.84 million.  Blackfriars is next best on $959,690. 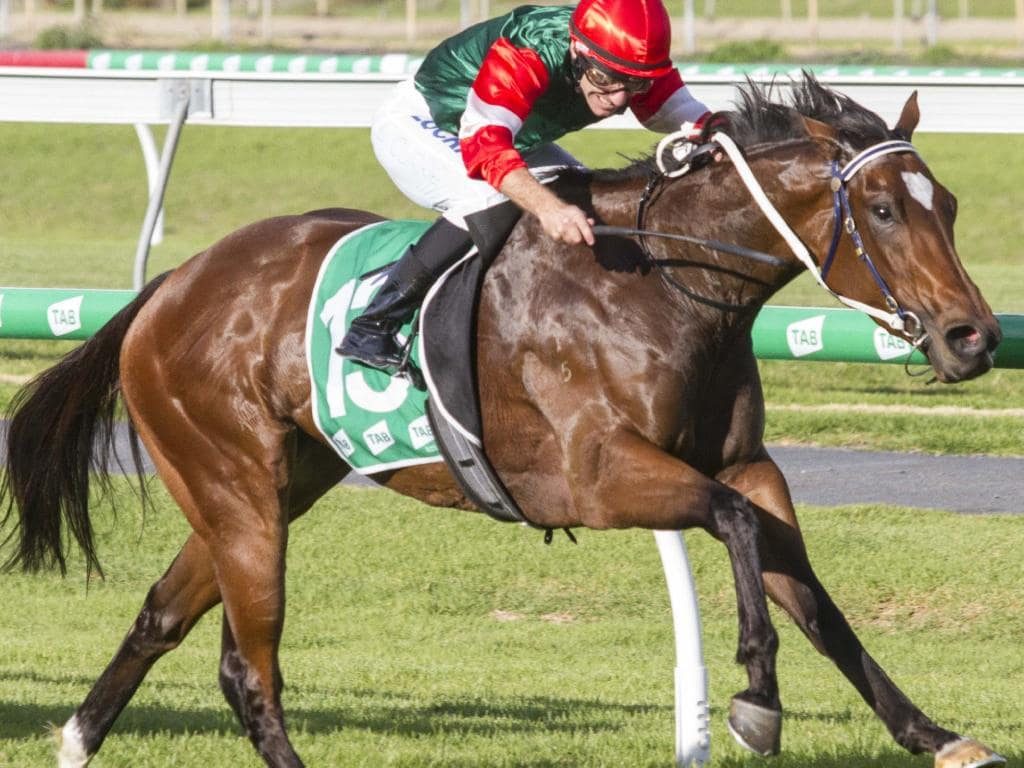