Kiwi raider The Bostonian (NZ) is bang on target to create history in the G1 Stradbroke Hcp (1400m) at Eagle Farm on Saturday week, June 8.

A 4yo son of incoming WA sire Jimmy Choux, he will shoulder top-weight of 57kgs and has been installed a $6 favourite to become the first horse to ever complete a Group 1 treble in the Doomben 10,000, BTC Cup and Stradbroke.

The Bostonian thrives in Queensland.  He won the G3 Sunshine Coast Guineas and LR Daybreak Lover Stakes during an initial trip across the Tasman last year.

Trainer Tony Pike and owner-breeder David Archer have been on a dream ride this month and a Stradbroke win will boost their take to $1.80 million in the space of four weeks.

“The Bostonian is the ultimate professional,” Pike said.  “He flies the barriers, puts himself into the race and just drops the bridle.  Michael (Cahill) reckons he’s a push-button horse to ride.”

Roselee Park owner Wayne Rodwell is also counting the luck of the draw that saw Jimmy Choux (NZ) land in Western Australia.  “He arrived on Anzac Day and is a beautiful horse to work with,” the Serpentine studmaster said this week.  “There’s a lot of interest and we’re getting bookings from people who don’t normally call.  Actually, at times I can’t believe he’s here!”

Rodwell stands Jimmy Choux for leading WA breeder Alan Macalister who has raced stakes winners like Magnifisio, He Or She and Whispering Brook.  He sold Whispering Brook for $1.10 million to Katsumi Yoshida at the Magic Millions National Broodmare Sale this week.

Perth agent John Chalmers (FBAA) negotiated the Jimmy Choux sale for Macalister just weeks before the winter carnival.  “Alan is touched but he’s not getting carried away,” Rodwell said.  “He’s kept the horse’s service at $4,500 plus GST.  We’ve sailed past 35 confirmations and that good going for WA in May.”

Jimmy Choux (Thorn Park) was NZ Horse of the Year in 2011 and began his stud career the following spring at Rich Hill Stud in Matamata.  He’s far from a one-horse stallion siring 8 stakes performers among 57 individual winners from his first two crops in New Zealand 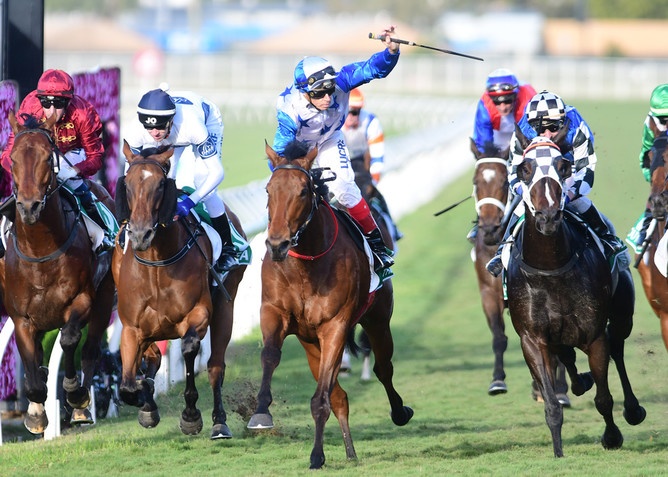