Blackfriars has this season’s WA sires’ premiership all sewn up with earnings of $4.03 million but the battle for leading active sire will go down to the wire between Snippetson and Universal Ruler.

It’s been 18 months since Blackfriars departed this mortal coil and his Scenic Lodge counterparts have taken up the challenge to maintain the Muchea stud’s dominance in WA.

Snippetson ($2.66 million) leads Universal Ruler ($2.48 million) heading into the final two months of the season, however, that margin could be cut right back this Saturday.

Universal Ruler has a half-dozen winning chances at Belmont and his Melbourne-based filly Bam’s On Fire is on a hat-trick at Caulfield.

First-starter Stella Door can open the Belmont meeting on a winning note for Universal Ruler after putting four lengths on his rivals in a Lark Hill barrier trial last week.  He has opened a $3.70 second-favourite in an even field of juveniles.

Stella Door is a homebred for David Reed and is the penultimate foal from At The Gates (Bletchley Park) who is closely related to Sydney stakes winners Flaming Hot and Hot As Hell.

Trainer Darren Mcauliffe returns to Belmont double-handed this Saturday with Military Ruler (R4) and Rebel Knight (R8) and they have also opened on the second line of fixed-odds markets.

Mcauliffe prepared Universal Ruler and has won 82 races with his progeny for $2.87 million in prizemoney since Rebel King broke the ice at Belmont in May 2014.

The stable’s latest money-spinner is The Velvet King who stole a march on his rivals in the Joan Cole Birthday Hcp (1400m) at Belmont last Saturday.  “He’s very talented and is the best Universal Ruler I’ve trained,” Mcauliffe declared.  “He has the ability to roll at high sectionals and I think the Belmont Guineas is at his mercy.”

The LR Belmont Guineas (1600m) is scheduled for June 22 and Mcauliffe also mentioned the LR Aquanita Stakes (2000m) on July 6 as a possible target before The Velvet King goes out for spell ahead of the summer carnival. 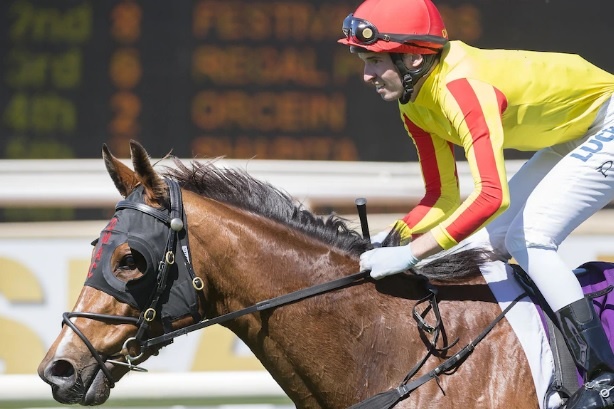