The Simon Miller-trained stablemates have a tremendous strike-rate with 9 wins combined in 10 starts. “I bred two mares to War Chant and finished up with two really nice fillies,” Botica said at Ascot. “I suppose I better talk to Ron (Sayers) and book in again this year.”

Flower Of War maintained her unbeaten record with a last-start victory over Devoted Star (Al Maher) and Rosebush (Gingerbread Man) in the Tony Brennan Life Member Hcp (1200m). Her front-running tactics had paid off at Ascot in December and she returned for another barrier-to-box victory on Anzac Day.

“She’s getting better every start and there’s more in the tank,” jockey Ben Patterson predicted. “She half clocks off in front but found again today when the second horse came up on her inside. She’s a pleasure to ride.”

Flower Of War’s dam Indian Flower (Husson) was sent to New Zealand in 2016. She has a yearling filly and a filly on the ground by Botica’s stallion Dalghar (Fr) who is based at Brighthill Farm

Dance Music won the LR Placid Ark Stakes at Ascot in November to become the 40th stakes winner by War Chant. She returned for Ascot wins in April and May but Miller signalled she will be raced sparingly ahead of new-season campaigns in Melbourne and Perth.

Botica bred Dance Music with Matthew Sandblom who owns Kingstar Farm in the Hunter Valley. “We decided to send both fillies to Simon and he said we would be going well if one of them turned out okay. We got two so it’s very exciting.”

Her dam Fast Flowing (Dubawi) has a yearling filly and a filly foal by Sandblom’s stallion Bull Point.

Hoofnote: Yarradale Stud homebred War Saint won again for Sayers at Ascot on Wednesday. A 2yo colt by War Chant, his only loss to date was an unlucky third after travelling wide behind grey flyer Specialism. 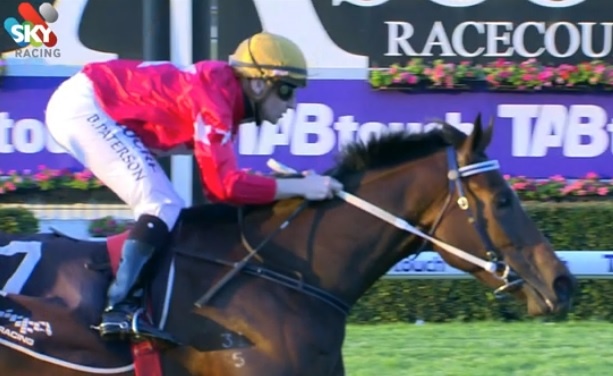