Darby Racing has posted the first photos of Yankee Rose and her filly foal by super-sire Deep Impact at Northern Farm in Hokkaido.

The All American mare was sold to Katsumi Yoshida following a sensational career path in 2016. She raced 6 times that year for earnings over $2 million and the residual price-tag added another seven-figure sum to her bank-balance with Darby Racing.

Yankee Rose was runner-up to Capitalist in the G1 Golden Slipper (1200m) before romping home in the G1 Sires’ Produce Stakes (1400m). Back at Randwick in the spring, she won the G1 Champion Stakes (2000m) in record time and then finished a brave third to Winx in the second of her four G1 Cox Plates (2040m).

Deep Impact (Sunday Silence) was taken out of service shortly after the start of this year’s covering season suffering from neck pain. He has sired 39 top-flight winners and has been crowned Japan’s champion sire every year since 2012.

Yankee Rose was booked back to Deep Impact (Jpn) but was transferred to his son Saxon Warrior who won last year’s G1 English 2000 Guineas.

All American (Red Ransom) can get on the city scoresheet this Saturday with Looks Like Elvis in the Winter Sprint Final at the Sunshine Coast, Rest Of The World (Rosehill) and Despacito (Caulfield). He stands for a $6,600 (inc GST) service fee at Geisel Park. 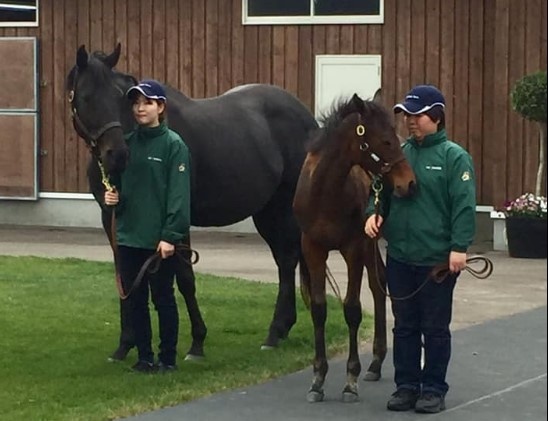