She started a $2.60 favourite and punters would have been concerned when she was checked down the back.  “There’s a kink in the rail at the 1400m and a horse on her inside came out with a hip-and-shoulder,” Yendall revealed.  “That flushed her out three-wide and then she caught me unawares by shying at something half-way down the straight.

“But she was the best horse in the race and ended up winning comfortably.”

The daughter of Globetrotter (USA) was named after the Louis Armstrong hit Sweet Georgia Brown in which Satchmo sang, ‘It’s been said, she knocks ’em dead’.

The mare lived up to those lyrics in no uncertain terms.  Yendall was later suspended by stewards for 16 meetings for careless riding after the mare veered across the field causing severe interference to several horses approaching the furlong.

Sweetgeorgia Brown (4m Globetrotter – Wandin Waltz by Palace Music) is trained by Symon Wilde and had been placed three times before stretching out to 2100m for the first time in a short, six-start career. 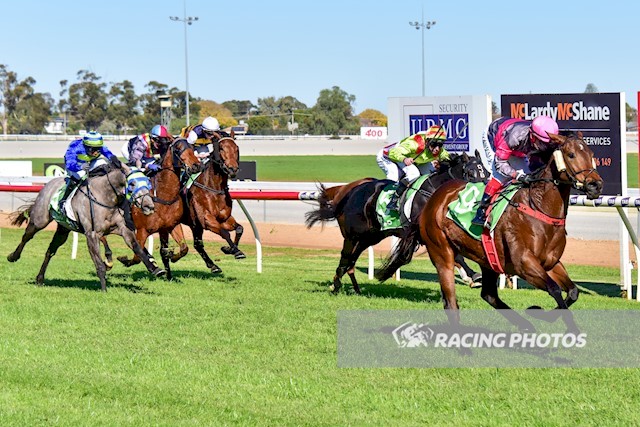