Scenic Lodge kicks off this Sunday’s Magic Millions Winter Yearling Sale with five lots in the first hour of trade in the Swan Valley.

First to parade is the Snippetson colt from Group 3 winner Ebony Magic (Lot 2) who is the dam of a half-dozen winners.  Her sister Most Secret needs no introduction with four stakes winners topped by Covertly (G1 Railway Stakes).

Snippetson is WA’s leading active sire going into the last month of the season and he also has a colt from Encosta de Lago mare Brimarsco (Lot 28).  Second-dam Grand Journey won the G1 WA Derby – G3 WA Oaks double in 2008.

“He made the cut for the select session of the Magic Millions Yearling Sale but had a setback in the lead-up,” Scenic Lodge general manager Jeremy Smith said.  “He’s my pick of the draft and presents a great opportunity at a massively reduced price from what he would have made in February.”

Universal Ruler has a brother to multiple city winner Helms Gate (Lot 13).  He edged to within $90,000 of Snippetson on the active-sires’ list with two maiden winners – Global Ruler and Heavenly Dust – at Pinjarra on Thursday.

Snippetson has two foals in the Winter Thoroughbred Sale starting with the filly from Blackfriars mare Full Time (Lot 72).  The dam is a sister to Listed winners Impact Rating (Boulder Cup) and Full Reign (Challenge Stakes).

The Snippetson – Kensington Gem filly foal (Lot 79) is also out of an unraced mare by Blackfriars.  His dam is a half-sister to G2 Blamey Stakes winner Market Price. 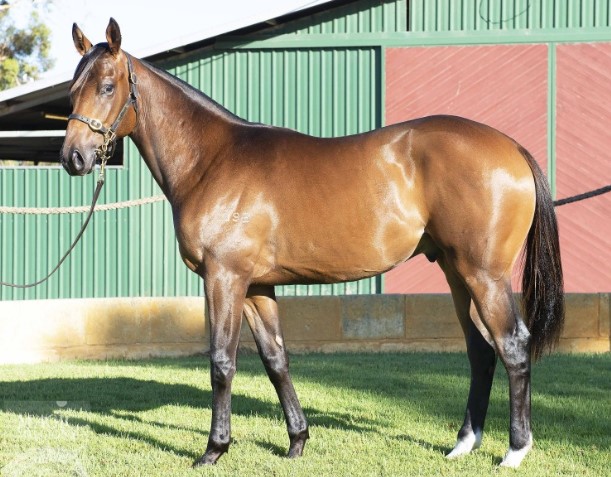