Home Best yet to come from Elvis

Best yet to come from Elvis

Looks Like Elvis has covered a lot ground since the start of his second prep this time last year.

The Brisbane-based gelding crossed the border to claim a Class 1 at the Grafton carnival in July before continuing the winning run at Doomben and the Gold Coast.

An all-purpose son of All American, he hit the road again in February for placings at Rosehill and Warwick Farm on either side of a hit-and-run second further south at Flemington.

Given a well-earned spell by trainer Bryan Dais, he was racing second-up on Saturday and repelled several challenges in the straight for a home-town victory in the Lazy Yak Hcp (1400m) at Eagle Farm.

“We’re very proud of him,” Dais said. “He was very brave in Melbourne and was only beaten a nose by a stayer imported from Germany. He stood up to every challenge and I think the best is yet to come!”

Looks Like Elvis was knocked down for $110,000 at the 2016 Inglis Classic yearling sale and has earned $283,110 for owners Jim Critchley and Craig Morrissey. “We were right on our limit at the Classic Sale. Another bid and we would have lost him,” Dais recalled. “He was a bit high on the rump and obviously needed time but I like the All Americans.

“They can sprint and stay on good or heavy tracks and we all saw Dark Dream win the Queensland Derby here last year before going to Hong Kong.”

All American sired him from Savalook (Savabeel) who hails from the family of G1 NZ 2000 Guineas winner Facing The Music. She also foaled All American mare American Diva who has won 7 races in Queensland and NSW for trainer John Smerdon.

Hoofnote: Schabau is the name of that German import that defeated Looks Like Elvis in Melbourne. He franked the formline with a follow-up victory in the LR Roy Higgins Quality at Flemington for a syndicate that includes Geisel Park owner Eddie Rigg. 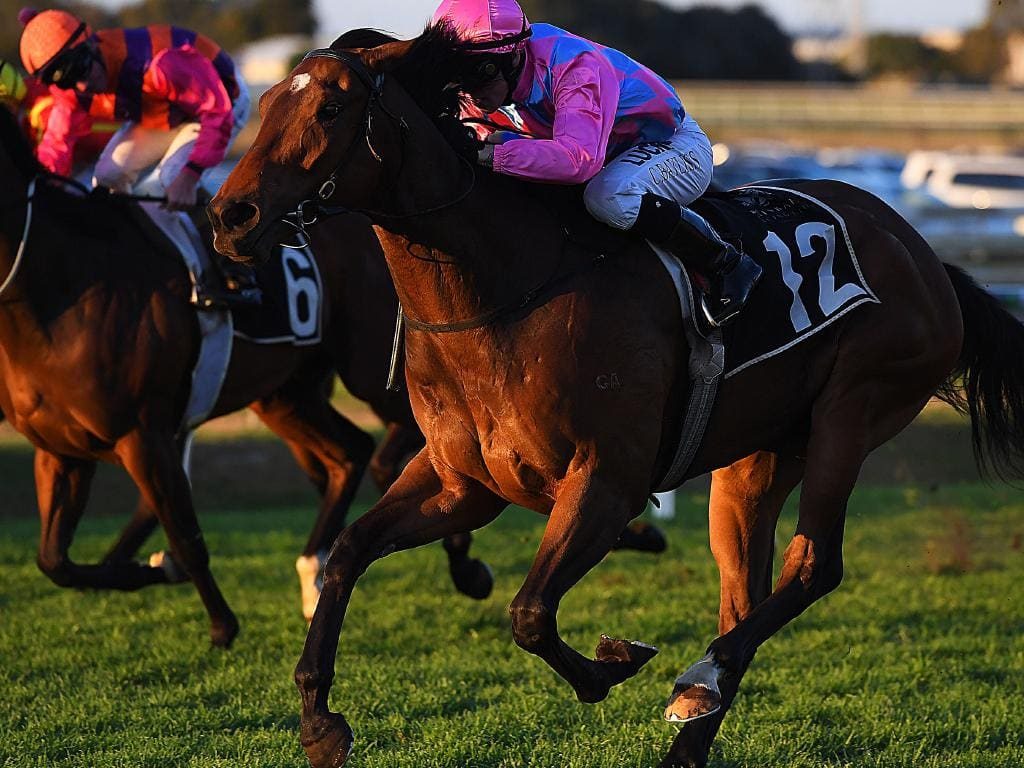