Equaletta was bred and sold as a foal by Swettenham Stud owner Adam Sangster at the 2017 Inglis Great Southern Sale in Melbourne.  Sent to WA, Quanah Park owners Rene and Trish des Bouvrie put him through the ring again at the 2018 Perth Magic Millions.

Trainer Richard Laming took him back east after parting with $23,000 and the maiden win was worth $23,000 in the Bet365 Hcp (1200m).  Appearing for the second time in public, he jumped straight to the front for Jessica Payne and skipped three lengths clear at the furlong to defeat Proper Rogue (Snitzel).

“He wasn’t disgraced when third on a Heavy 10 at Moe a month ago,” Laming said.  “The experience from that race gave him confidence and it ended a great month for the stable.”

Equaletta is raced by Bentleigh-based owners AJ Bakery and is by former Swettenham shuttler Equiano (Fr) from Galleta (NZ).  The dam had previously thrown winners by Artie Schiller, Choisir and Stratum.

Quanah Park is located on Perth’s southern fringe at Oldbury and has been home to stallions such as Brocco (Kris S.), Afleetaffair (Afleet), Hurricane Sky (Star Watch) and Purewin (Kenmare).

The des Bouvries sold a Magnus – Sharmane filly to Roy Rogers for $60,000 at this year’s Perth Magic Millions.  Rogers had also bought her older half-brother Captain Stirling from Quanah Park at the 2016 Perth Magic Millions and he has turned a $90,000 price-tag into prizemoney of $179,200 to date. 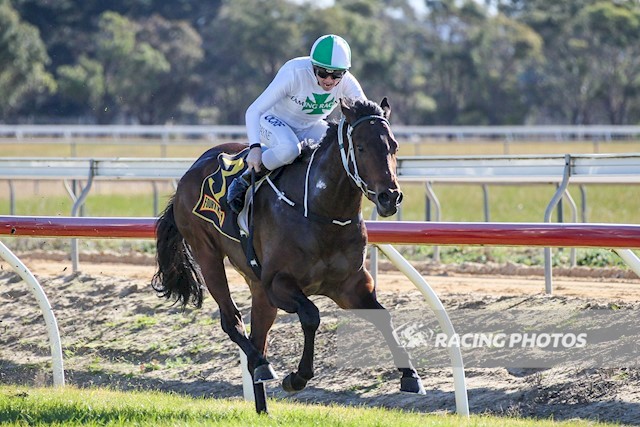