Dash For Cash sired an interstate double on Wednesday with Miss Entice on a Heavy 10 at Cranbourne and I’m Pretty on a Good 4 at Belmont.

The Scenic Lodge resident is one of the most versatile stallions standing in WA with career stats of 390 individual winners ranging from 800m to 3200m.  He’s also our value-for-money sire at a $2,750 service fee.

Miss Entice (4m Dash For Cash – Entice by Last Tycoon) jumped straight to the lead and was always comfortable in the prevailing conditions of the Highview Accounting Hcp (1300m).  “She makes her own luck in front,” Nikita Beriman said at Cranbourne.  “I started increasing the tempo from the half-mile and they were never going to catch us.

“I just had to make sure we stayed on the fence because she tends to lay out if she’s not scraping the paint.”

“She’s always in the hunt and it was a peach of a ride by Nikita,” trainer David Feek said.  “She resented the tongue-tie here first-up and hated the Ballarat polytrack second-up.  She ran well when second at Geelong last time and it was good to get her over the line again for a great bunch of owners.”

Durrant prepared Come Play With Me (Blackfriars) to win the Swan Vase on Saturday and both gallopers are homebreds for his parents Geoff and Vicki who are holidaying in Broome.

The Dash For Cash filly let down with a powerful finish for a two-length victory over Sir Mambo (War Chant).  She had won a York maiden in May and following up with two placings at Pinjarra.

“She’s been consistent and Willie (Pike) summed the race up perfectly,” stable foreman Jason Miller said.  “She’s been up a while and we will keep her going while she’s racing so well.”

I’m Pretty’s dam Not So Pretty (Bletchley Park) has an unraced 2yo filly (Looksnoteverything) and a filly foal by Dash For Dash.  Second-dam Dedicated Miss (Mukaddamah) was a Group 3 winner of the 2004 Hyperion Stakes and Strickland Stakes for trainer Geoff Durrant and jockey Jason Miller! 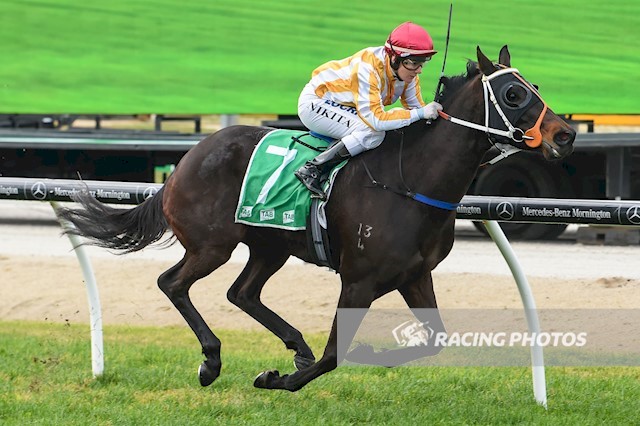