A Westspeed bonus has propelled Universal Ruler to a narrow lead over fellow Scenic Lodge resident Snippetson for WA active-sire honours in the final week of 2018-19.

Uni Time (3g Universal Ruler – Darntime by Danetime) earned prizemoney of $11,210 at Belmont on Wednesday and Westspeed tipped in another $11,000 for winning the Congrats William Pike Hcp (1200m).

Deceased Scenic Lodge champion Blackfriars ($4.90 million) will win his 9th WA title in a row this season and the jury is still out for his heir-apparent in WA.  Universal Ruler ($3,119,878) is just $415 in front of Snippetson with everything to play for in the next seven days.

Uni Time came from last on the corner to win eased down for trainer Sharon Miller and owner-breeder Ian Roberts.  “There’s plenty of potential in this horse but he’s still a bit of a lad,” Miller said.  “We’ve done lots of work behind the scenes.  He’s a bit casual and needs to concentrate but I think he will make a good horse when he grows up.”

His dam Darntime won four sprints in Perth and her earlier winners at stud include Regal Gleam (Alfred Nobel) and Time To Trade (Trade Fair).  She was covered by God Has Spoken last September.

Scenic Lodge general manager Jeremy Smith confirmed the buzz around Universal Ruler has spread across the continent.  “We already have a number of mares from the east booked into Universal Ruler this year.  Obviously, he’s caught their attention with the likes of Lady Cosmology, Bam’s On Fire and Angelic Ruler doing so well over there.

“To be above stallions the calibre of Written Tycoon, More Than Ready, Choisir and Dundeel for prizemoney on the Australian 3YO premiership highlights what he’s capable of if given an opportunity.

“The quality of his book last year and what he will cover this year should set him up to be a strong contender for WA premierships once the number begin to fall for Blackfriars.

“He was the most popular stallion in WA last year and, at a fee of only $6,600, it’s an absolute ‘no brainer’ to be breeding to Universal Ruler this year.  There are limited numbers remaining and I would urge anyone considering him to contact me as soon as possible.

“The race for the active-sires premiership between Snippetson and Universal Ruler is a difficult one for me to pick sides as it’s like my two kids fighting it out.

“Universal Ruler has been chipping away at Snippetson’s lead with a lot less runners so it’s amazing he’s been able to compete. Whichever way it goes, we are so fortunate to be standing both of them in 2019. 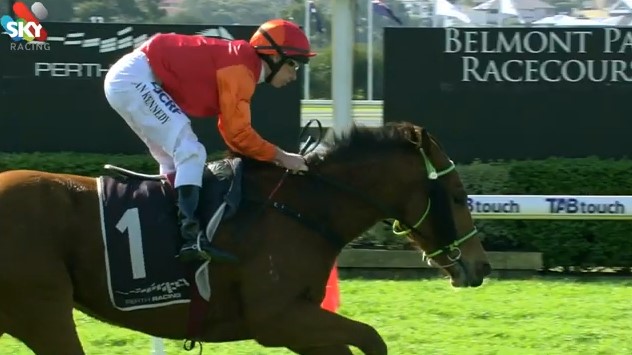