Lordhelpmerun made amends for an unlucky last-start loss with a tenacious victory at Belmont on Saturday.

The Playing God 3yo had won at Belmont on June 15 before protesting unsuccessfully against The Velvet King a fortnight later. He was asked to shoulder 62kg on Saturday and a 2kg claim made all the difference at the business end of the Gareth Hall Farewell Hcp (1600m).

Lordhelpmerun settled in the box-seat for leading apprentice Brodie Kirby before ranging up Play Hard (My Admiration) in the straight. The front-runner fought back with the help of an 8kg pull in the weights to go down by a neck.

“He’s an easy horse to ride and is one of my favourites,” Kirby said. “He jumps and puts himself into the race but I didn’t want to go too early. He tends to look around and wait for his mates if he’s left in front.”

Lordhelpmerun (3g Playing God – Pure Heaven by Snippetson) is just $6,000 shy of breaking through a half-million dollars in prizemoney and bonuses for a syndicate that includes Graham Evans and Paul Cooke. His biggest pay-day to date was a $120,000 dividend in last year’s G3 WA Sires’ Produce Stakes (1400m).

Commercial Bloodstock (FBAA) agent Noel Carter bought him on behalf of trainer Steve Wolfe for $25,000 from Toreby Park at the 2017 Perth Magic Millions.

“He’s been a good horse all the way through,” Wolfe declared. “But the way the weights are structured makes it hard and so do those cerise and white colours.”

Playing God (Blackfriars) stands at Mungrup Stud for an $11,000 service fee. He was WA champion freshman in 2017-18 and is currently locked in a close contest with Galah for WA second-season honours. 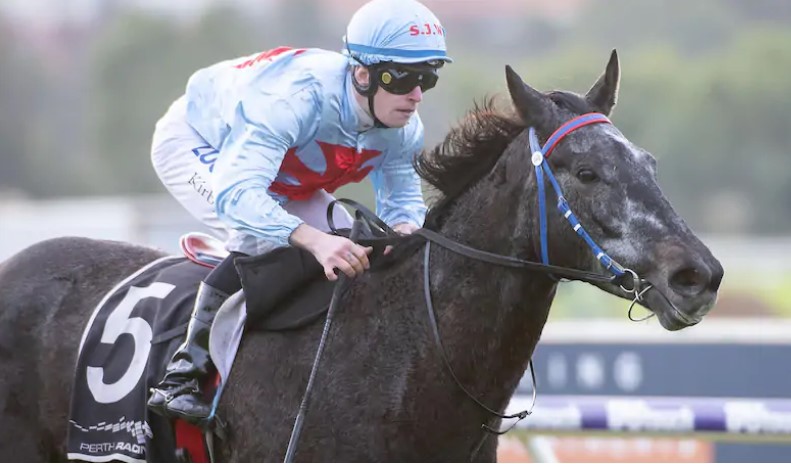