Universal Ruler is whittling away at Snippetson’s lead in their race for WA active-sire honours but time is running out before the final meeting of the season next week.

There was $50,000 separating the Scenic Lodge bulls going into the weekend and Snippetson increased his lead when Stellar Power won the Stella Artois (1000m) at Eagle Farm on Saturday.

Universal Ruler struck back with a Belmont quinella later in the afternoon and a Kalgoorlie winner on Sunday that helped reduce the margin to $34,000.

Multiverse led home a Universal Ruler one-two with a half-length victory over Abdicator in the TABTouch Hcp (1200m) on Saturday and Nemiroff was a barrier-to-box winner for trainer Peter Fernie in the Goldfields.

Trainer Gary Crispin wasn’t surprised by Multiverse’s win even though unbeaten galloper Battle Storm was a long odds-on favourite.  “It’s hard to be confident when you’re up against Bob (Peters),” Crispin claimed.  “But he’s been flying under the radar and today’s win proved he’s underrated.”

The 5yo gelding races for a syndicate managed by Peter Killick and has won 8 times in 18 starts for prizemoney of $212,415.  He was bred by Paul Whyte and is the penultimate foal from NZ-bred mare Lightbeam (Clay Hero) who descends from Santa Anita Group 1 winner Amerigo’s Fancy (USA).

Whyte kept a link with the family through Lightbeam’s daughter Galadria (Speed Week).  Her first two foals by Universal Ruler – Raczynski and Pivarnick – are winners and she was bred back to him in September last year. 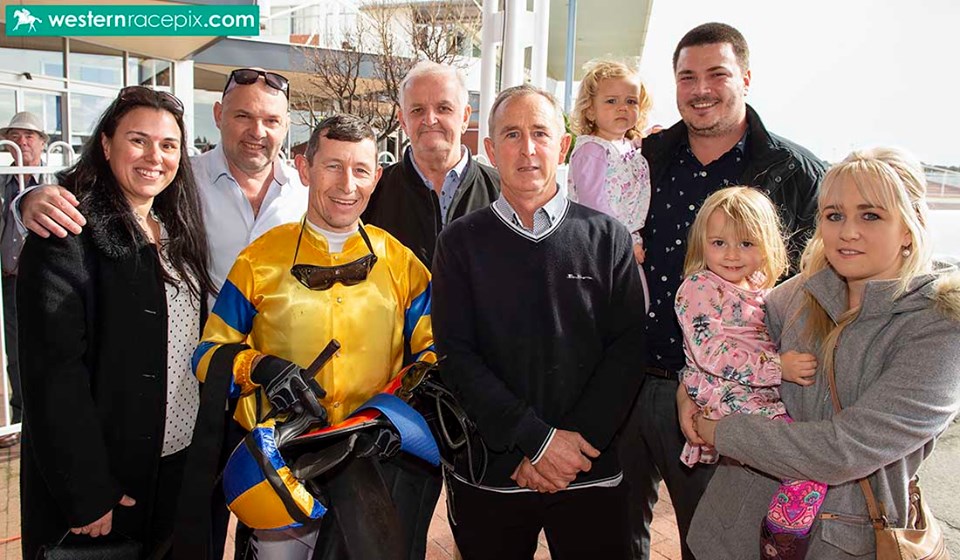