True Attraction was a class above his rivals after shouldering out of a pocket in the Aquanita.  Once in clear air, he was quickly in command for a convincing win over Rivalry Galore (Trade Fair) & Pagan Image (Blackfriars).

“He struggled to make ground on the bend but he’s got a real good turn of foot,” jockey Willie Pike said.  “The boy was very impressive and felt brilliant when I let him down.”

True Attraction has been given time with 4 wins in 10 starts collecting prizemoney and bonuses of $286,345.  He’s a full-brother to Belmont Guineas LR winner State Prosecutor and they are further examples of the very successful More Than Ready cross over Danehill-line mares.

Their dam Significant (Flying Spur) has a More Than Ready 2yo named Significant Hero and he isn’t far away following a Lark Hill trial placing last month.

True Attraction is trained by Grant & Alana Williams and is a stablemate of Peters-homebred Mystery Miss who won the Belmont Oaks LR on Saturday.  The pair will come together to close their winter campaigns in the Belmont Classic LR over 2200m on July 20.

The double sent Peters Investments to a new high of 27 stakes wins this season.  “That’s what it’s all about and hopefully we can make it 28 in a fortnight,” Peters said.  “They both give every indication more ground will suit.”

“I can see More Than Ready being just as successful as a broodmare sire in the years to come,” Peters said.  “Mystery Miss is out of our More Than Ready mare Mystical Miss.” 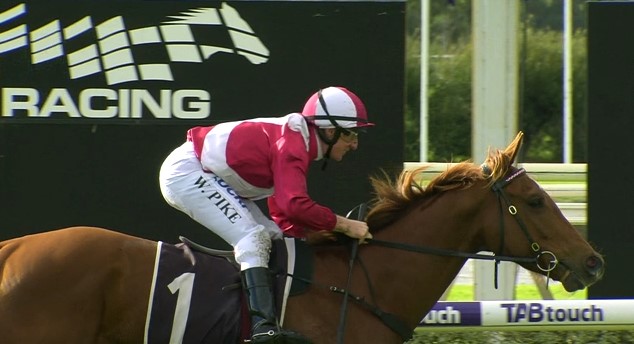