The Brett Pope-trained 3yo went from a maiden to a black-type winner when he defeated long odds-on favourite Mystery Miss (Animal Kingdom) in the final stakes race of the season in WA.  “I’m very proud of the horse and it’s great for the owners,” Pope said.  “They bred him and it’s been a long journey.

“His trials weren’t very impressive early days but the more work we’ve done with him, the better he’s got.  The further he goes the better he gets.”

Rivalry Galore is still in his first prep for a syndicate that includes breeder Wayne Harman.  He had been placed at his previous four runs after a debut fifth at Pinjarra in May.

“I told Brett he could win,” jockey Troy Turner said.  “His last run in the Aquanita was full of merit and the wet track helped today.  I cranked him up before the corner and stalked Willie (Pike) on the favourite.  She came back but he boxed on right to the line.”

Harman bred him from Lady Rivalry (Blackfriars) who won a 3yo maiden for trainer John Price at Bunbury.  She has a yearling colt by Demerit and was covered by My Admiration last September.

His final crop will be catalogued for the 2020 Perth Magic Millions Yearling Sale. 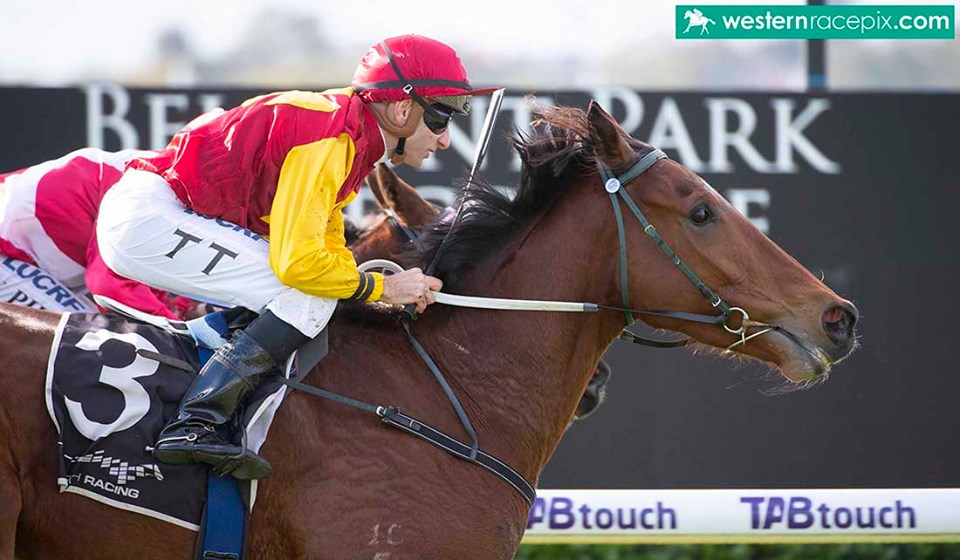