Kendel Star gelding Kenfromthebar is racing in career-best form and he’s on a hat-trick for Tasmanian trainer Glenn Stevenson.

Rivercrest Park owner Steve Hoare bred Kenfromthebar and sent him to Tassie after a call from Stevenson. “Glenn had another Kendel Star who was showing ability and he phoned back asking if I had any more for sale,” Hoare recalled. “We sent Kenfromthebar over there and he won four races in the season just gone.”

Kenfromthebar will target another Benchmark 72 sprint later this month following a running double at Devonport in July. He toyed with his rivals to win the Birdcage Tavern Hcp (1150m) and then showed customary early speed for a narrow victory in the Urban Wall Hcp (1150m).

“This horse has so much ability, however, he’s had issues we’ve had to manage,” Stevenson said. “But while he’s in this form, he should keep winning.”

Kendel Star (Kenmare) was one of Australia’s oldest active sires when he passed away peacefully at Rivercrest Park in December 2017. He was 27.

Kenfromthebar is the final foal of Sandown winner Ansami (Ashkalani) who was also stakes placed in Adelaide. Hoare kept a link with the mare through her unraced daughter Famous Annie (Famous Roman) who was covered by Rivercrest Park sire God Has Spoken last year.

God Has Spoken 3yo Flying God won a recent barrier trial for trainer Vaughn Sigley at Lark Hill. His owner Colin Loxton raced God Has Spoken to 8 wins up to Group 2 level in the C B Cox Stakes. 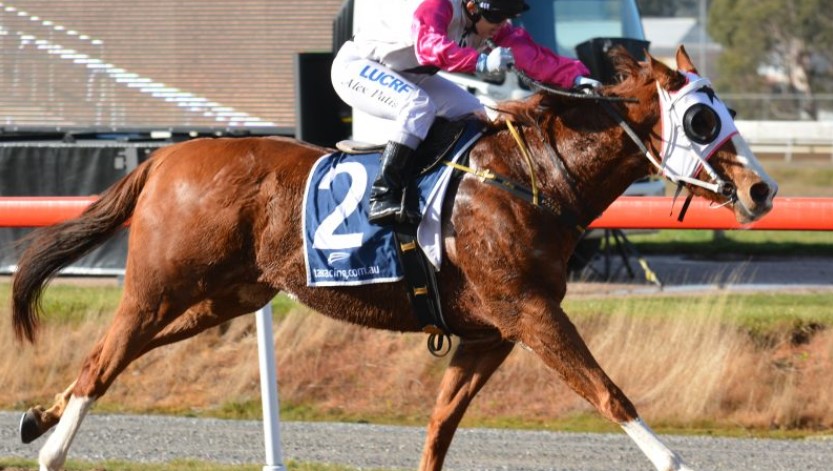