Regal Council completed a hat-trick for Goldfields conditioner Peter Fernie at Belmont last Saturday but he was quick to credit the stallion’s former trainer Trevor Andrews.

The first-crop son of Westbury Park sire My Admiration skimmed the rail in the straight to win the Ian Riley 60th Birthday Hcp (1400m) by a length from Trump This (Domesday).  It was his first appearance back in town after a running double in Kalgoorlie.

‘Trevor sent the horse to me absolutely spot-on,” Fernie said after watching his charge land a costly commission for bookmakers.  “I didn’t do anything different with him up in Kal.  He just needed to build some confidence in the weaker grades at home.”

Regal Counsel started his career with wins at Pinjarra and Bunbury before going off the boil.  Andrews had also prepared his dam Sirosey (Choisir) to win a maiden at Mt Barker.  It’s the family of Rose Of Dane (Danehill) who won a LR Summoned Stakes in Melbourne for Keith Biggs.

Sirosey has a 2yo filly by Dash For Cash and was bred back to Lucky Street last year.

“We always knew he had ability but there quirks as well when he started out with Trevor,” jockey Mitch Pateman recalled.  “He got into a nice rhythm today and I was pretty sure the leader (Sporty & Spice) would roll off the fence.  He hesitated when the gap first appeared but then got through and won well.”

Regal Counsel is one of 12 individual winners of 26 races from My Admiration’s first crop.

My Admiration (Encosta de Lago) was a top-class sprinter-miler in Hong Kong winning the G2 Chairman’s Trophy and placing in the G1 Classic Mile.  His dam is a stakes winning three-quarter sister to Wandjina who was an Australian Top 10 first-season stallion in 2018-19.

Westbury Park stands My Admiration for a $4,950 service fee. 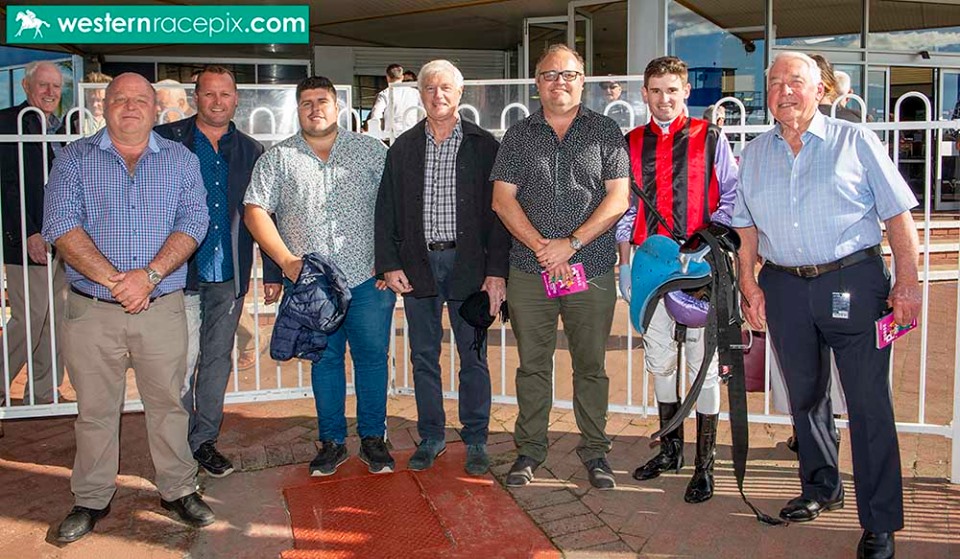