Yarradale Stud champion War Chant (USA) was expected to sire a winner or two at Belmont on Saturday but he would have come up empty-handed if not for longshot Go Crying.

Go Crying didn’t read the script with a $23 upset in the Nathan Bennett 40th Birthday Hcp (1400m). The Steve Wolfe-trained gelding was well above the odds after a promising second to Uni Time a fortnight ago and he turned the tables on that galloper with well-timed finish under Peter Knuckey.

“He’s the real deal,” Wolfe said. “He’s a big, gangly fella and we were confident after his gallop on Tuesday morning. Knuckey came back and said they don’t work any better.

“He’s taken time to put it together. He will continue to improve and we will keep him ticking over in town. That was only his second start this campaign and, who knows, he could be a Hannans Hcp horse.”

Go Crying broke his maiden at Albany on Boxing Day, 2017 and following up with wins at Bunbury and Albany last season. Bred in the purple, his dam Zergo (Zabeel) is a winning three-quarter sister to Might And Power.

Zergo was originally based in Victoria where she foaled winners by Dubai Destination, Magnus and God’s Own before Dorrington Park owner Rob Crabtree sold her to Yarradale. Her final foal is a 2yo colt by War Chant.

“I originally thought he would just be a midweek horse but he’s maturing into a nice type and I told Steve to have a dip at a Saturday race,” Knuckey said after returning to scale. “He’s was spot on today and he will be even better next prep.” 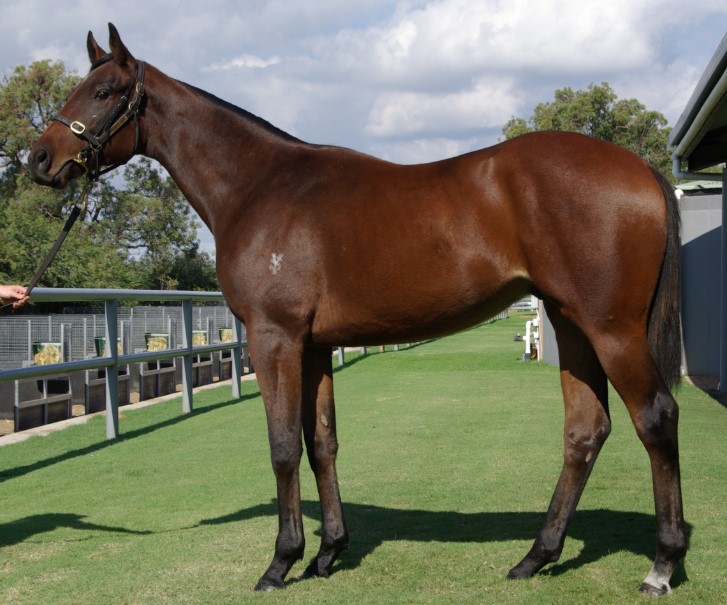 GO CRYING
Pictured prior to the 2016 Yarradale Stud Yearling Sale