Iron-horse Ihtsahymn has resurrected his career this year and it climaxed with a courageous victory in the $200,000 Darwin Cup (2000m) on Monday.

The veteran grey gelding shouldered 60.5kg with Peter Hall aboard to defeat Lotion and Xebec (USA) at Fannie Bay.  “It’s an amazing experience,” Broome-based trainer Rob Gulberti said.  “This horse is just so special and maintaining his soundness has been the key.”

Later that season, he won the LR Melvista Stakes before going down a length as an odds-on favourite in the G2 WATC Derby.  His only win in 40 starts since then was a Group 3 victory in the 2016 Strickland Stakes at Belmont.

Gulberti took over his training and they won at Broome last month before completing a Top End feature double in the Metric Mile and Darwin Cup.  “Fred told me Ihtsahymn was at his best in the first four or five races of his preps.  His legs have been faultless up here and he was peaking for the Cup.”

The last WA-bred galloper to win the Darwin Cup was Mr. Tambourineman (Serheed) in 2004.  He was by bred Peters Investments as was 1987 Darwin Cup winner Scarvila (Scarlet Man).

Ihtsahymn’s sire Ihtiram is best-known for getting Australian Horse of the Year Miss Andretti.  Bred and raced by Sheikh Hamdan, he was a stakes winner in England before relocating to Lindsay Park where he emerged to win the 1997 Benalla Cup and four staying events in Melbourne and Adelaide.

Ihtiram (Royal Academy) stood in the south-west at Wayandah Stud and Oakland Park before moving north to cover mares owned by Don Hammarquist at Walkaway and Peter Smith at Jurien Bay where he died in February 2016. 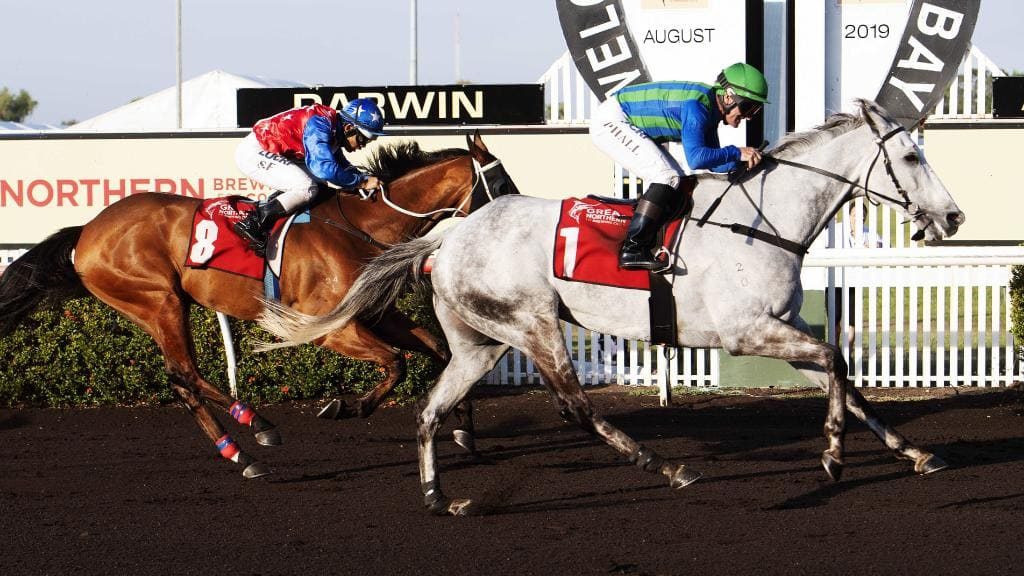