All American entered the WA sires’ premiership in third spot when Arion Pedigrees issued the first table for 2019-20 this week.

Blackfriars ($302k) makes the early running from War Chant ($251k) and All American ($240k) who sired a Canterbury double with The Bald Eagle and Kawaikini on Wednesday. The Geisel Park resident entered the charts for the first time when his first locally-bred progeny turned two on August 1.

The Bald Eagle broke his maiden on a Heavy 10 at Geelong in June before Team Hawkes sent him to their Sydney stable to double up at Hawkesbury on August 1. He adopted front-running tactics at Canterbury and kept lifting to land the Kermadec Hcp (1550m) by a nose under a strong ride by Brenton Avdulla.

Team Hawkes bought him for $160,000 at the 2016 Inglis Melbourne Premier Sale. All American got him from Salutations (Redoute’s Choice) who also foaled stablemate Wild Planet to win this year’s LR Scone Guineas.

All American mare Kawaikini is the gift that keeps giving for trainer Jason Coyle. She began her career with three wins in moderate company at Nowra but has since graduated to victories at Randwick and Canterbury (2).

Kawaikini came from last bar one to nail the TAB Hcp (1100m) on Wednesday under Tommy Berry. Her dam Sky Girl (Nuclear Freeze) is a sister to G3 Hawkesbury Cup winner Nuclear Sky. 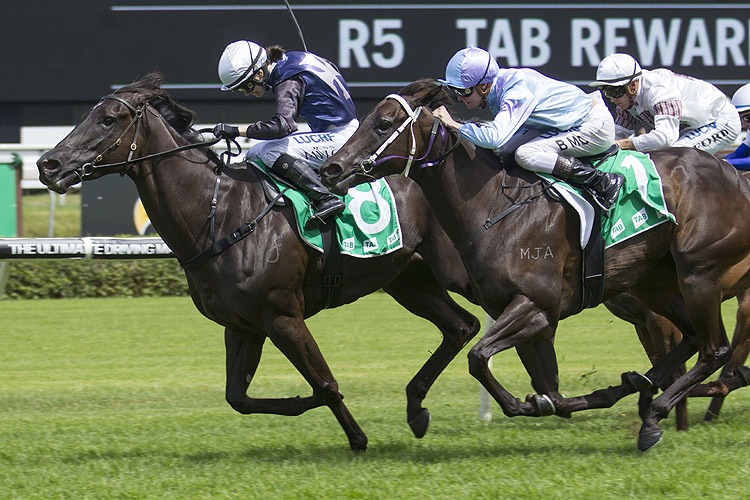