Bondi is a colonially-bred and Group 1 performed colt by Snitzel, who was recently crowned Champion Australian Sire for the third successive year and in so doing, joining other sire luminaries Star Kingdom, Bletchingly, Sir Tristram and Danehill.  Possessing sustained speed, he combined that trait with precocity and impressive looks in 7 starts as a 2yo for trainers Peter and Paul Snowden.

The Snowdens pitched him straight into stakes company for a competitive second in race-record time on debut behind subsequent Group 3 winner Performer in the LR Breeders’ Plate (1000m) at Randwick.

Bondi went on to finish a close third in the G3 Black Opal Stakes (1200m) before capitalising on a drop in grade to win the Westpac Rescue Helicopter Plate (1300m) at Newcastle.

“That was a nice win and I expected him to do that,” Peter Snowden declared after the front-running victory.  “The form has stacked up well to date.  He probably should have won the Black Opal but had no luck in running after being caught wide.

“This is a very good colt and he’s been competitive against solid company in all of his races.  He has a magnificent pedigree and has been crying out for more ground than 1300 metres.”

Bondi rounded off his juvenile campaign when runner-up in the G1 Champagne Stakes (1600m) at Randwick.  The Snitzel youngster ranged up to Godolphin colt Encryption at the furlong and was being hailed the winner until Damien Oliver saved ground with an inside run for a half-length victory on Seabrook.

Bondi failed to get his head in front as a 3yo despite continuing to make his presence felt in stakes company.  A third in the G2 Hobartville Stakes (1400m) behind The Autumn Sun was preceded by an agonising defeat in the RL Magic Millions Guineas (1400m) where he succumbed to Boomsara by the narrowest of margins.

His pedigree is without fault.  He is by the all-conquering sire Snitzel and retires to stud the same year as Trapeze Artist and one year after another high-class colt Russian Revolution.  Snitzel (Redoute’s Choice) is only beginning his journey as a sire of sires.  His success in this sphere is virtually guaranteed with more high-class colts undoubtably to follow.

Bondi’s dam Bondi Blonde is by immensely successful sire Red Ransom.  He was Vinery Stud’s foundation sire in Australia and has proven to be a very reliable broodmare sire with his daughters have already produced 125 stakes winners worldwide. 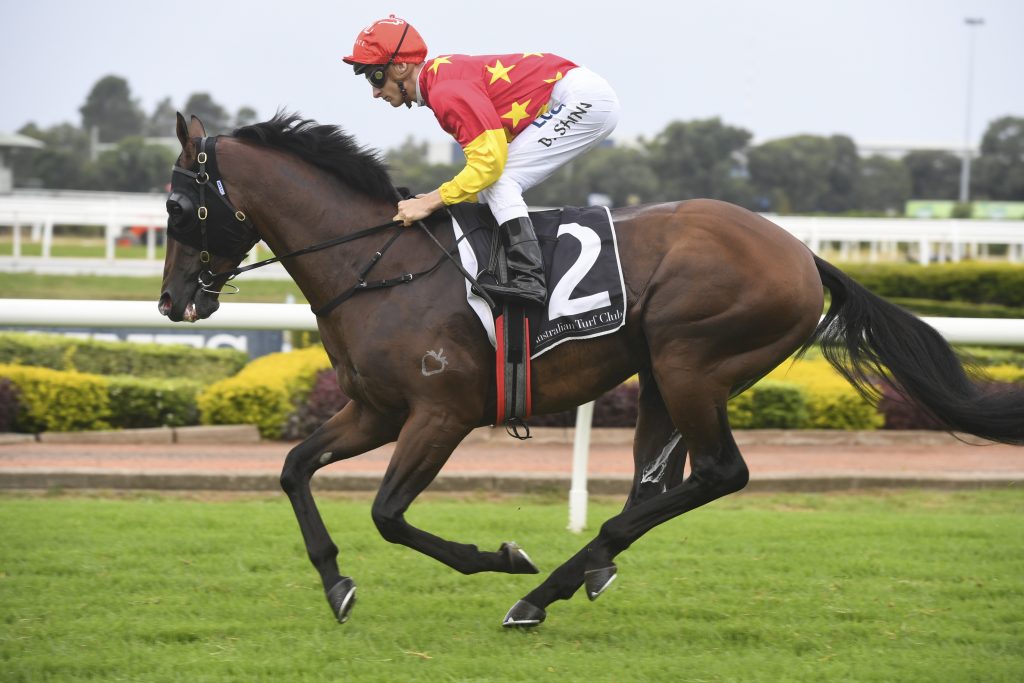