All American sired Group 1 winners in consecutive crops while based in the Hunter Valley and now he’s set to make a significant impact in Western Australia.

Geisel Park owner Eddie Rigg headed a syndicate that installed All American at Myalup in 2016 and then bought him outright the following year. He sired Champion Australian Filly Yankee Rose (G1 ATC Sires’ Produce Stakes & G1 Spring Champion Stakes) and Dark Dream (G1 Queensland Derby) on either side of the second contract being signed. 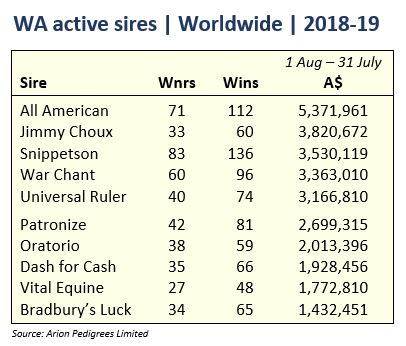 “I had always dreamed of getting the next Scenic for WA and All American had a very similar sire profile,” Rigg said after clinching the deal. “Since then, we have consistently received favourable comments from clients more than satisfied with their foals.”

All American (Red Ransom) will enter the WA premiership charts this season with his first locally-bred progeny about to debut here. There were 71 live foals in that crop and they will be raced by leading owners like Peter Walsh and David Reed plus prominent syndicators Ken King Thoroughbreds and Blueblood Thoroughbreds.

A table of WA active sires world-wide for the twelve months ending July 31 indicates he will be an influence in the years ahead for Geisel Park. All American ($5.3 million) was a convincing winner over incoming Roselee Park sire Jimmy Choux ($3.8 million) and Snippetson ($3.5 million).

All American stands for a service fee of $6,600 alongside Vert de Grece ($5,500) whose first crop will be catalogued for the 2020 Perth Magic Millions

Vert de Grece (Ire) is a son of former WA sire Verglas with a Group 1 to his credit in the Criterium 2YO International at Saint-Cloud. “He is siring big-boned stock with powerful shoulders and hindquarters,” Geisel Park manager Conor Dunlop said this week. “We will be sending a strong draft to the Magic Millions in February and our clients like Siobhan Campbell are also well-pleased with their yearlings.”

Dunlop also reports Geisel Park has an outstanding Vert de Grece half-sister to recent Ascot winner Little Fish and a colt from Spurred In Flight (Flying Spur) related to USA Horse of the Year Skip Away.

Hoofnote: All American kicked off the new season a winner with The Bald Eagle at Hawkesbury on Thursday. The Team Hawkes-trained gelding had won at Geelong in June and races in the same colours as champion sprinter Chautauqua. 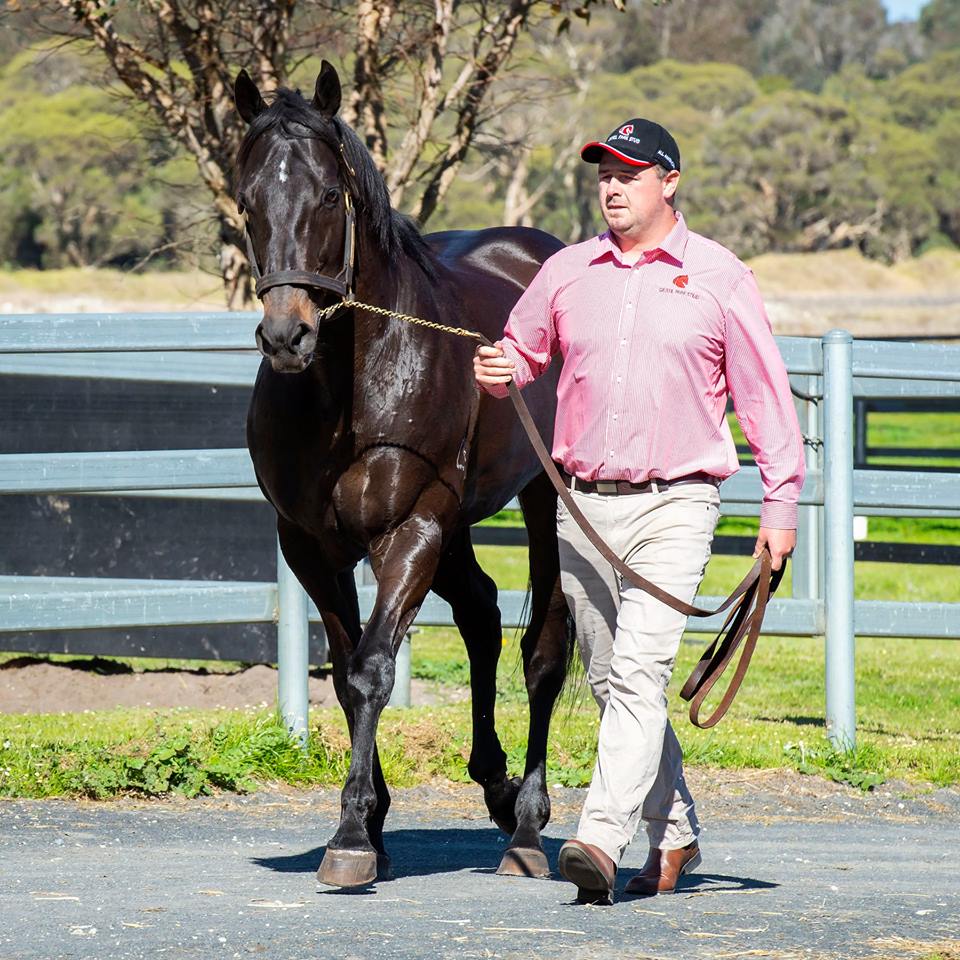