Home Patience pays off with Proconsent

Patience pays off with Proconsent

Punters let Proconsent drift to $7 before he rewarded connections in the Crown Perth Opening Day Hcp (1200m) at Belmont on Wednesday.

The Proart gelding was unbeaten after wins at Northam and Pinjarra before coming to town and showing he’s made of sterner stuff against higher-grade horses.  Forced to take the field up to tearaway leader Grand Design, he knuckled down and responded when Shaun McGruddy rode him right out to the line.

“He’s really progressing and could be a summer carnival horse in time,” McGruddy predicted.  “Today wasn’t run to suit – he likes to bowl along at his own speed.”

Proconsent is a homebred for Balmoral Park owner Neil Irvine by his resident sire Proart out of Bimutualconsent (Bianconi).  He was passed-in at the 2017 Perth Magic Millions when bidding fell short of a $30,000 reserve.

Bimutualconsent has been regular cover for Proart and is due to him again in September.

Co-trainer Rob Harvey was confident Proconsent was a winning chance despite the doubters.  “I’ve got a heathy respect for him.  He’s doing a good job and is only going to get better and better.

Balmoral Park manager Brian Collison reports the first mare for Proart this season will most likely be Triple Latte.  She is a USA-bred daughter of Medaglia d’Oro and Argentina G2 winner Miss Mary (Southern Halo).

The dam is a sister to Miss Linda who was named Champion 3YO Filly in Argentina before transferring to the USA where she won the time-honoured G1 Spinster Stakes at Keeneland.

“Proart flies under the radar and his stats will get further updates in the coming weeks,” Collison said.  “Like Proconsent, they get better with age.  He has some really nice young ones coming through the system and it’s exciting times ahead for Neil and Annette.” 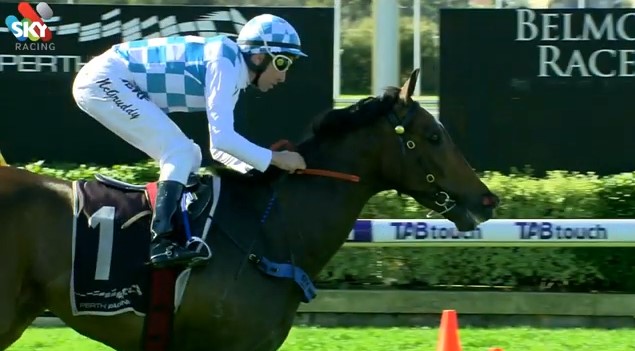