He was a very impressive winner of the Northpine Hcp (2100m) at Ruakaka in June when tackling a staying distance for the first time from the local stables of Chris Gibbs and Michelle Bradley.

A fortnight later, over the same course and distance in the Whangarei Gold Cup, he was eased off the fence by Trudy Thornton approaching the home turn and then dug deep to race clear of Woodsman (Mastercraftsman).

Poker Face is now showing his true potential without the travel from his previous base in Waikato. “He has a bright future and has really come into his own since being stepped up over ground,” Gibbs said. “I actually thought he might be a little out-gunned at the weights in the Cup but he ended up winning comfortably.”

Gibbs and Bradley will look to races like the G3 Waikato Cup (2400m) or G3 Counties Cup (2100m) when returns to work later this month.

His younger sister Jimmy Goes Gaga (Jimmy Choux) died after being placed at Pakenham and Wangaratta in her only starts for Trent Busuttin & Natalie Young earlier this year.

Jimmy Choux’s progeny earned $2.50 million in NZ and Australia last season headed by Group 1 winner The Bostonian (NZ) who will miss the upcoming Hastings carnival in favour of a spring campaign in  Melbourne or Sydney.

Roselee Stud will stand Jimmy Choux for his first book in Serpentine this season at a $4,950 service fee. 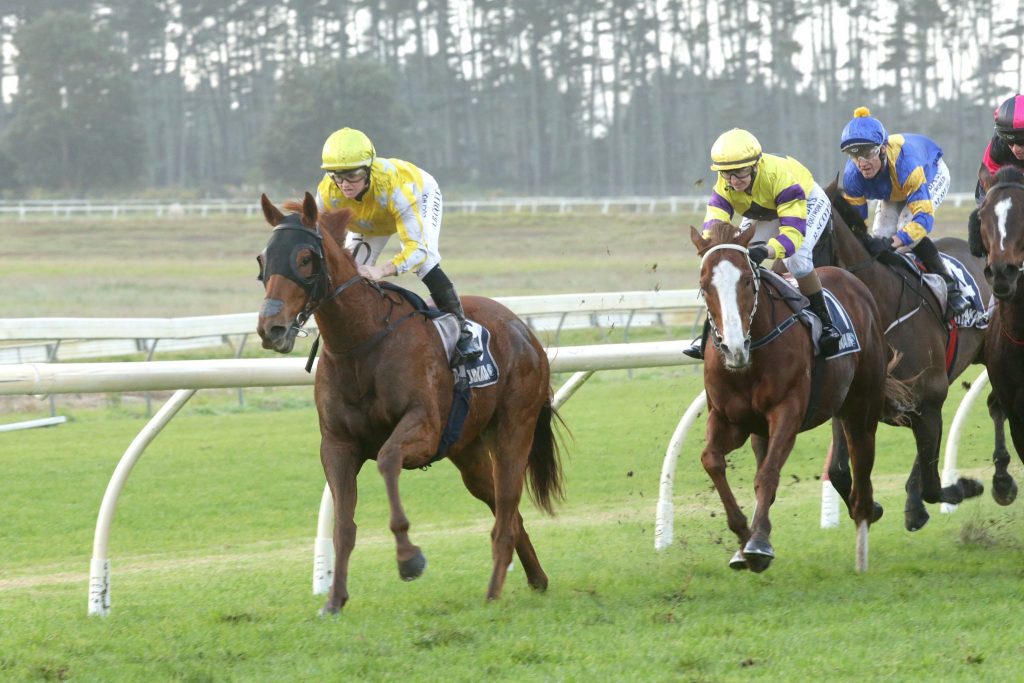