Bumper Humper is a daughter of Alwyn Park sire Alfred Nobel (Ire) and she won a 400m dash by a half-length from Gracienne (Bradbury’s Luck) without being extended by Brad Parnham.

It was a repeat performance of her win over Reciting (I’m All The Talk) on September 2.

“She’s a professional and reminds me of Prim And Proper,” Luciani said.  “They’ve both got hot attitudes and turn that energy into speed.”

Prim And Proper is also by Alfred Nobel and won this year’s LR Supremacy Stakes at Ascot for Dion’s father Lou Luciani.  She is being set for the 3yo featured LR Belgravia Stakes (1200m) and LR Burgess Queen Stakes (1400m) at Ascot.

Bumper Humper will trial again in a fortnight and, all going well, head straight into the $70,000 Initial Plate (1000m) at Ascot on October 12.  “Brad said she’s a tractable filly to ride,” Dion added.  “She flew the gates and takes everything in her stride.”

He trains her for Loloma Farm owners Kevin Fowler and Kelly Everett and there’s another smart Alfred Nobel 2yo filly in the stable being prepared for Gold Front owners Alan and Sue Olive.

Registered as Tishya, she is a half-sister to Amarillo Rose (Slater) who won the 2018 Initial Plate for the Olives and Luciani.  Another half-sister Deacalda (Sizzling) won on debut at Northam last season.

Alfred Nobel (Danehill Dancer) was the Champion 2YO of his generation in Ireland following a Group 1 victory in the Phoenix Stakes (1200m) at the Curragh.  He stands at Alwyn Park for a $2,200 service fee. 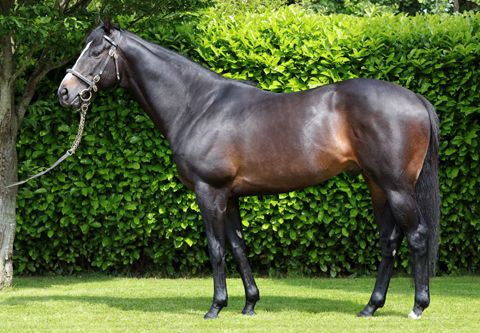