Home Blackfriars mare off to Melbourne

Blackfriars mare off to Melbourne

Part-owner and trainer Justine Erkelens has some unfinished business in Melbourne with her smart stakes-winner Friar Fox.

The Blackfriars mare is marking time for another interstate trip off a first-up victory in the TAB Touch BM70 (1600m) at Belmont on Saturday.  Set alight from last on the corner by Steven Parnham, she circled the field and had them covered at the furlong to win by a half-length from Missile Launch.

Friar Fox won last year’s LR Natasha Stakes (1800m) at Ascot and was sent to Darren Weir for a spring carnival campaign that didn’t get off the ground in Melbourne.  Her best effort in four starts was a close second to Snipfit (Snippetson) at Moonee Valley.

“She was stabled on course and it just about fried her brains,” Erkelens recalled.  “She had never been boxed in her life.  This time, I will look for a rural environment over there.”

Erkelens bought Friar Fox in partnership with Neil Biggs for $14,000 at the 2016 Perth Magic Millions.  Bred and sold by Scenic Lodge, she has been lightly-raced winning 6 times in 16 starts for prizemoney of $321,000.

Parnham reported it was very good win off a short break.  “I was worried about her over a mile but she was strong right to the end.  She got into a rhythm and thankfully the pace was on up front.  Justine just said to get her to the outside and she would do the rest.”

Friar Fox’s dam Pearlesque (Statoblest) won at Ascot and is a younger sister to Perth stakes winner Impressive Stats.  Her first foal Friaresque (Blackfriars) won his third race at Belmont in July and her latest are a yearling filly by Blackfriars and a filly foal by Snippetson born at Scenic Lodge on August 18. 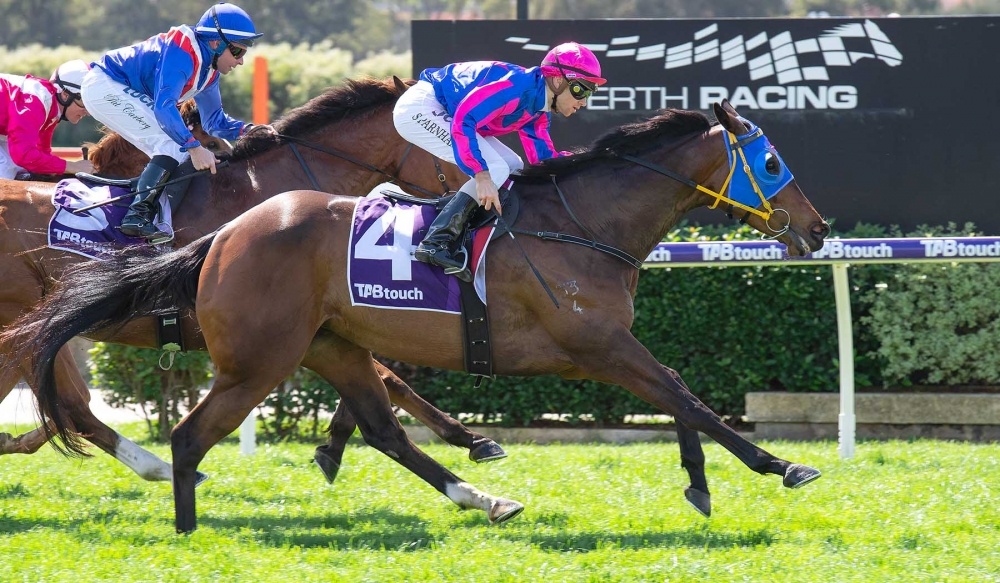