WA visitor Special Reward can cap off a winning September for Demerit in the LR Testa Rossa Stakes (1400m) at Caulfield this Sunday.

Special Reward is the latest horse to emerge from Perth following feature winners Gatting and Arcadia Queen in Melbourne and Sydney.  Trainer Simon Miller is confident his exciting sprinter can uphold the west’s reputation following an unbeaten Ascot campaign earlier this year.

“He’s settled in well over there,” Miller said. “He will be on the minimum and that’s a luxury weight for what he has done in Perth.”

Special Reward is owned by Peter and Kerry Caporn and he also holds a Group 1 nomination for the VRC Sprint Classic (1200m) at Flemington on the final day of the Melbourne Cup carnival.

Last Saturday at Belmont, Minus Looks returned from the doldrums to complete a winning double for Demerit in the Prive Fashion Platform Hcp (1200m).  The Steve Wolfe-trained sprinter was strong through the line to salute for the first time since May 2017.  He was caught wide without cover under Shaun McGruddy but then got a cart into the race behind Floyd.

“He goes well first-up and is always competitive in this company,” Wolfe said after admitting he declared the horse to connections. “McGruddy wanted to trial him but I said he didn’t need one!

“He’s a good horse and has had problems. He went close a few times last prep and was unlucky in some others.”

Demerit (Lonhro) had been based at Taunton Vale for eight years prior to his death in July and he sired Minus Looks from Wolfe’s Ascot 1000 Guineas winner All Class (Euclase). Their last foal together is a 2yo colt who was left an orphan at 10 days.

Lorentinio claimed the first-leg of the Demerit double in the Glenn Money 80th Birthday Hcp (1400m). He was headed in the straight but lifted to go back-to-back following a similar result over the same trip on September 11.

Trainer Jim Taylor bought him for $24,000 from Taunton Vale at the 2015 Perth Magic Millions and the latest result improved his record to 4 wins and $118,300 in prizemoney. He had been transferred to the mid-west this time last year and is unbeaten since returning to Taylor this season.

Lorentinio’s dam Tribal Secret (Tribu) won four times in town and was also runner-up in a LR Starstruck Classic at Ascot.  She followed up with Demerit’s multiple-city winner Danny George and is due to King’s Troop next month. 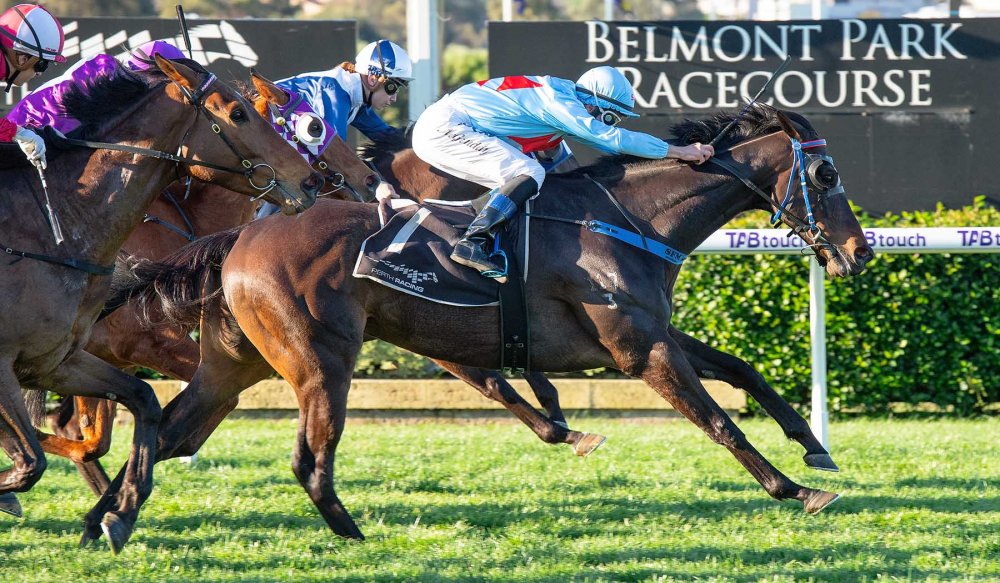