Scenic Lodge is all set for another successful spring on either side of the continent following last weekend’s results in Perth, Kalgoorlie, Melbourne and Sydney.

On Saturday at Belmont, Some Sort (Snippetson) landed a front-running victory against older horses in the D’Orsogna Hcp (1000m).  It was his third win in six starts for trainer Adam Durrant and black-type isn’t beyond this 3yo half-brother to ill-fated stakes filly Assetro.

Universal Ruler mare Angelic Ruler didn’t have a lot of luck when runner-up in the G3 How Now Stakes (1200m) at Caulfield.  She clocked the quickest closing split and will be better suited stepping up a furlong for the G2 Blazer Stakes (1400m) on October 5.  Pearce Racing has booked Damien Oliver to take over the reins at Flemington.

Lady Cosmology can gift Universal Ruler another feature in the LR Birthday Stakes (1200m) at Belmont this Saturday.  She was last seen winning the G3 Proud Miss Stakes at Morphettville in May.

“She worked with Achernar Star on Tuesday morning and there wasn’t much between them,” trainer Simon Miller said.  “It’s going to be a hot race but I’m leaning to Lady Cosmology over 1200m because she’s smart and savvy.”

Blackfriars stayer Come Play With Me impressed jockey James McDonald with a solid sixth of 16 in the G3 Kingston Town Stakes at Randwick on Saturday.  “He went great even though a little on the fresh side,” J Mac reported.  “He was on the backfoot at the start but got into a nice enough position and finished off well.”

Trainer Chris Waller has nominated Come Play With Me for the G1 Metropolitan back at Randwick on October 5.  He is on the second-line of markets at $11 behind Frankel import Finche (GB) who has firmed into a $4.50 pre-post favourite.

Gangbuster jumped the gun to give Blackfriars his first black-type win of the season in the LR Boulder Cup in the Goldfields on Sunday.  “He over-raced in the Coolgardie Cup so we took the blinkers off,” assistant-trainer Luke Fernie said.  “It helped when Swift Platinum went out in front and he knuckled down well.”

The LR Kalgoorlie Cup (2200m) on October 5 is next on the agenda for Gangbuster.  He can emulate Woodsville who won a Kal Cup for Blackfriars in 2015. 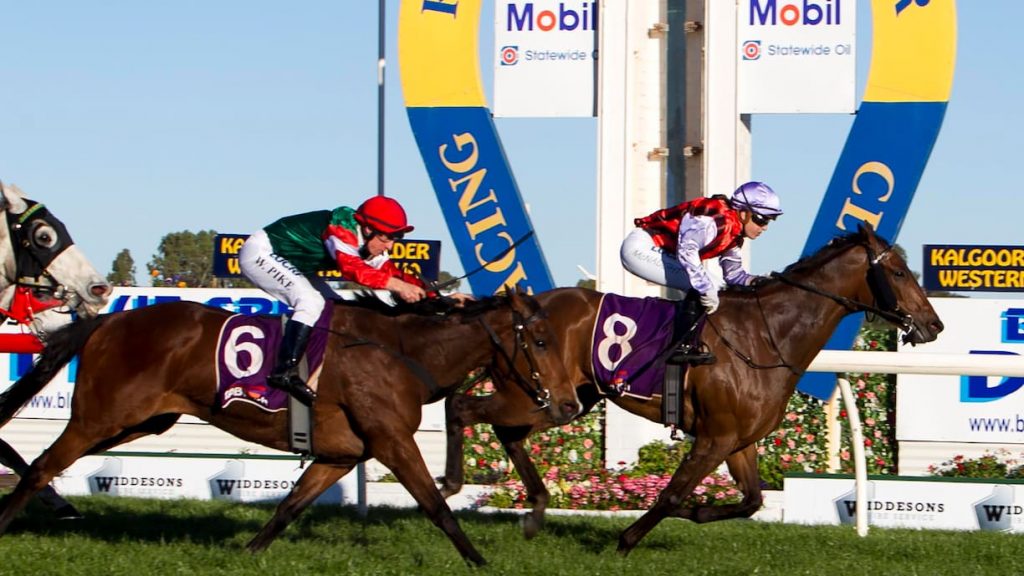