Alwyn Park sire Alfred Nobel (Ire) jumped the gun when the first 2yo trial of the season was conducted at Lark Hill on Monday.

His filly Bumper Humper looked a well-educated individual under Brad Parnham winning a 400m hit-out in 25.01s on a Soft 5 surface.  Reciting, a daughter of Mungrup Stud freshman I’m All The Talk, disputed the lead with the winner to finish a length away in second spot.

Bumper Humper is trained by Dion Luciani for Loloma Farm owners Kevin Fowler and Kelly Everett.  They bred her from Mardella Miss (Citidancer) whose only foal to race has been Pinjarra winner You’re Up (Fath).

Alfred Nobel relocated to Alwyn Park in Serpentine earlier this year and stands for a $2,200 service fee alongside Maschino (Encosta de Lago).  Hailing from the immediate family of Champion UK 2yo & 3yo New Approach (Galileo), he was a top-class 2yo in his own right winning the G1 Phoenix Stakes at the Curragh for Coolmore trainer Aidan O’Brien. 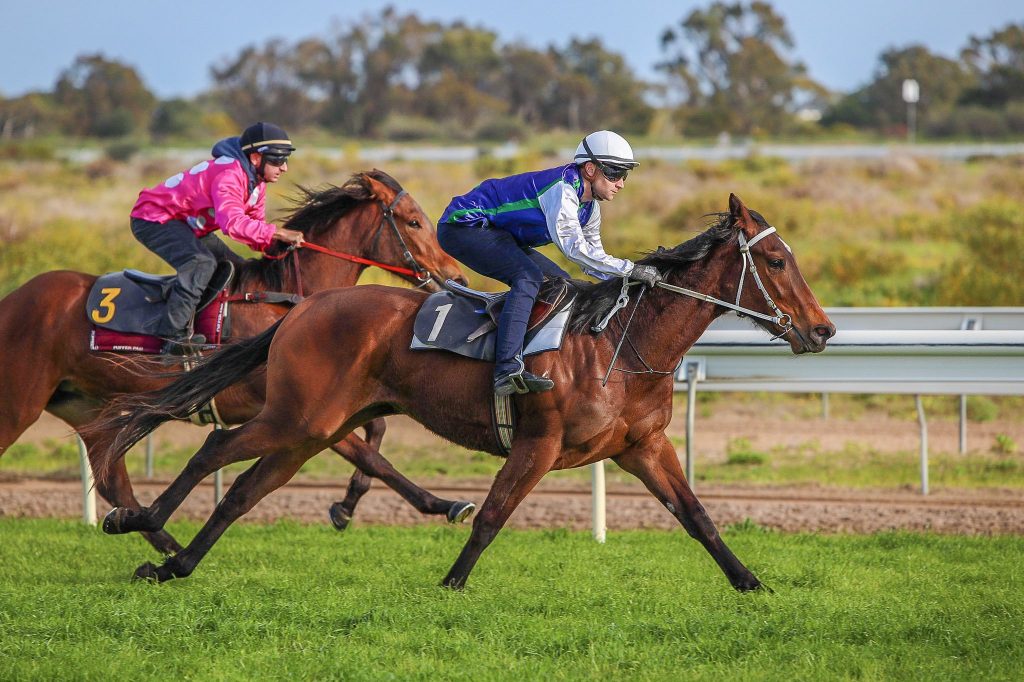