Brad Parnham rode Guns Of Navarone a treat on Saturday to land his first winner back in the saddle following more than 18 months on the sidelines.

The War Chant (USA) gelding settled in the box-seat and that helped him defy a $21 quote for the Amelia Park Hcp (1000m) at Belmont. He fought back when challenged in the straight to post a half-length victory over Tycoon Legend (Written Tycoon) and Olga Louisa (Vital Equine).

Parnham, 30, had partnered Guns Of Navarone to a Pinjarra maiden win back in June 2017. Then, in January 2018, he suffered a severe neck injury in a fall from Scooner at Ascot.

“There were times when I thought I wouldn’t ride again,” Parnham reflected after his comeback victory. “Winning on one owned by Mum and Dad made it all the more special.”

Korilya Stud’s Ellie Giles bred Guns Of Navarone and he is raced by Nev and Carol Parnham after failing to make a $25,000 reserve at the 2015 Perth Magic Millions yearling sale. His dam Terevega (Laranto) was a 2yo Listed winner of the Ascot Stakes and Gimcrack Stakes in 1997-98.

Yarradale Stud stands War Chant and his stats are something to behold – 515 individual winners of 1729 races for earnings over $50.33 million. 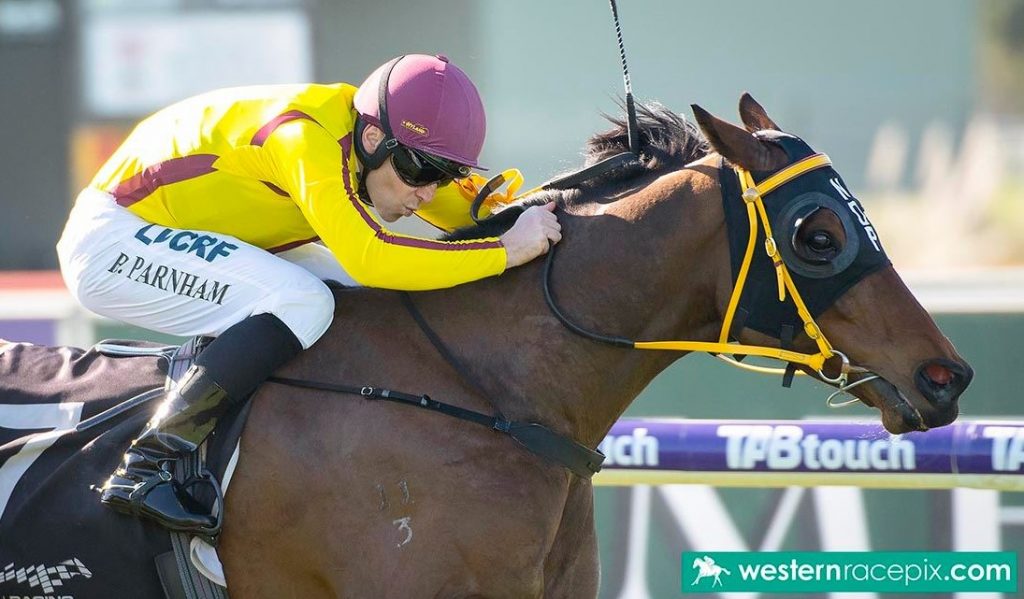