Veteran trainer Vern Brockman has a peerless reputation in the industry and now he’s being credited as a ‘horse-whisperer’ in Perth.

The latest recognition came to light as Brockman welcomed Heavenly Affair back to scale after her fourth consecutive win at Belmont on Saturday.  The Playing God mare prevailed in a three-way finish to the Bradley McGuinness Hcp (1600m).

“I was giving her a brush this morning and whispered I was going to have five (thousand) on her today,” Brockman said with just the hint of a mischievous smile.  “She neighed back and I interpreted that as her saying she would win alright – as long as I let her off work until Monday!”

All jokes aside, Brockman has done a superb job with Heavenly Affair this year bringing her from a Bunbury maiden to a Saturday win in town.  She was part of the Mungrup Stud consignment to the 2017 Perth Magic Millions and, despite being on the slight side, Vern saw her potential and got a bargain for $13,000.

Regular partner Lucy Warwick settled Heavenly Affair right behind the speed and took advantage when the leader wobbled wide on the corner.  “She always jumps and I stayed on the fence to keep her happy.  She usually likes to roll into her races but had to sit and sprint today.  She’s definitely becoming more professional.”

From the first crop of Mungrup Stud stallion Playing God, she is out of 2007 Belmont Oaks winner Parc D’Amour (Bletchley Park).  It’s the family of My Judy (Inceptor) who won the 1987 Sunspeed Champion Stakes in Brockman’s brown and white striped silks. 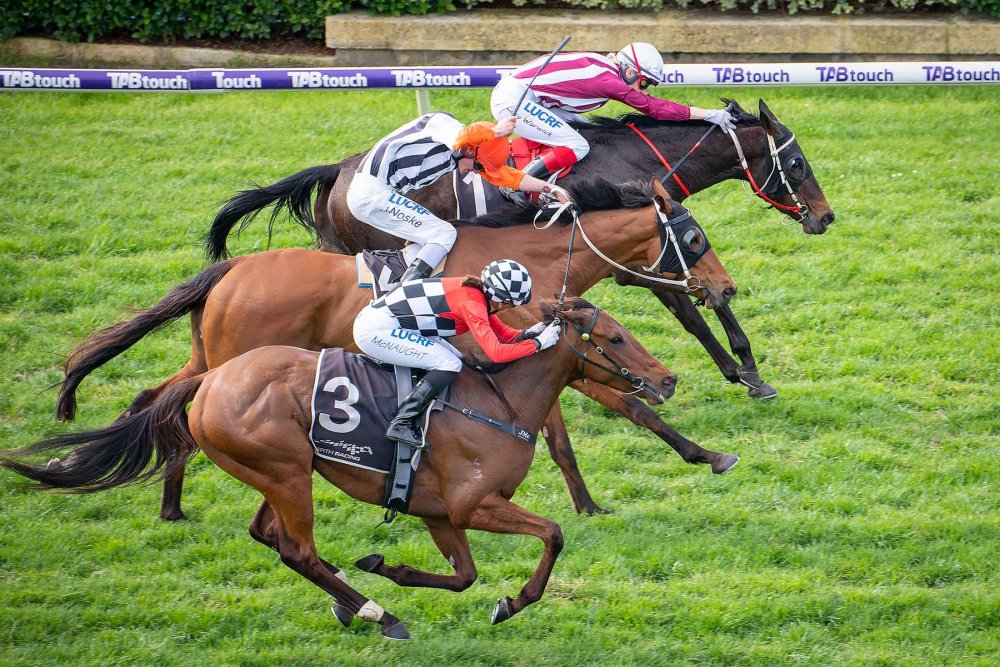