Bullsbrook trainer Steph Bakranich has been patient with Nerodio and it paid off when he scored first-up at Belmont on Saturday.

The Playing God 4yo weighed in twice at Pinjarra earlier this year before going out for a beneficial spell.  He was heavily supported from $3.60 into $2.35 when resuming and jockey Jordie Turner played his part by settling one-out and one-back from the 1200m barriers.

“He took time to mature so we put a couple of runs under his belt and then sent him out for 12 weeks,” Bakranich said.  “He’s genuine and tries hard.  Jordie positioned him perfectly and hopefully he can go on from here.”

Nerodio is a homebred for Livio and Renato Divitini and they also race Playing God mare Playing Marika who has won at Ascot (2), Belmont and Northam from 10 starts.

“He trialled super at Lark Hill last month and I was confident today,” Turner admitted.  “He’s settling much better this prep and really attacks the line.  The Playing Gods are showing potential and there’s no reason why he can’t go through the grades.”

Nerodio is the first foal of Black Carat (Lonhro) who won at Albury and Benalla when based at Lindsay Park.  The Divitinis sent her back to Justin Warwick and she won at Ascot before going to stud.

Black Carat is a half-sister to Doyoudare (LR WA Tatt’s Cup) and the dam of Playing Marika.  Her second foal is a 2yo filly named Ghobella by Playing God’s sire Blackfriars. 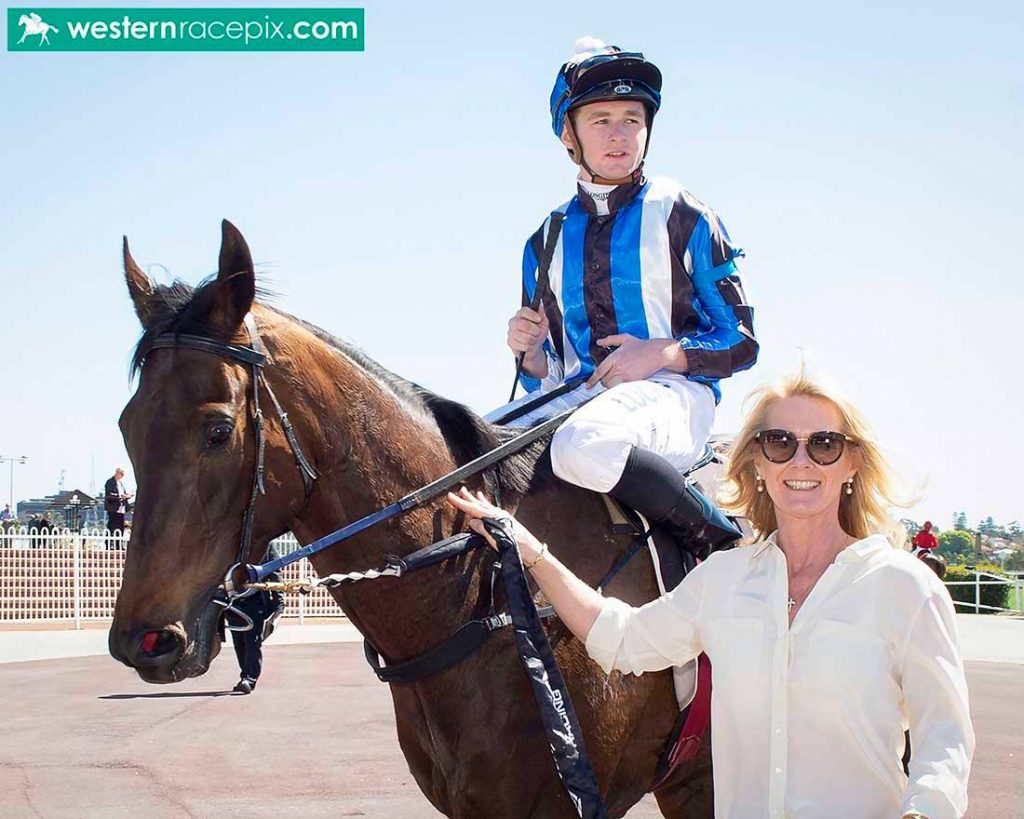